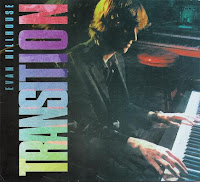 Evan Hillhouse-Transition. Evan Hillhouse was one of the finds of 2006, when at 17 he pulled off an assured, tuneful self-titled debut. The future looked bright, and now it's here as his followup Transition finds him taking a step forward with a new backing band (The Shrines) and 10 poptastic tracks. Hillhouse takes his cue from the Jon Brions, Jim Boggias and Jason Falkners of the world, and there's plenty to like here, from the sprightly piano pop of "You Can't Ask That Much" to the Falkneresque "Running Out of You" to the quiet/loud of "Strangers" and the sunshine pop of "Everybody Knows". Hillhouse also demonstrates facility on the ballads as well; "Let's Change Our World" and "A Day or Two" are gorgeous. And things close out in fine fashion with "Save Yourself", a piece of baroque pop that would make Jellyfish proud. 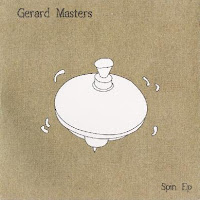 Gerard Masters-Spin EP. The debut EP from this Aussie is a real treat, as Masters has gone from jazzman (as the Gerard Masters Trio) to popper here, citing his growing up with the sounds of Neil Finn and Split Enz. Finn no doubt would appreciate the outstanding title track, a slice of pop goodness with a killer chorus that screams out for radio airplay. Not a dud to be found elsewhere on this EP - "Hey Stargazer" is a midtempo treat, "She Runs" is a punchy pop/rocker, and "Home Away from Home" is an acoustic guitar-and-piano number with sweet harmonies. No "Spin" here - this is yet another great 2009 EP.

'Spin' really is a great EP!
I play it every day its just fantastic!!! I cant wait to hear more from this guy - his style is really something special!