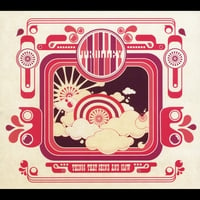 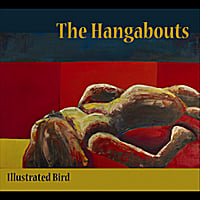 As I had hinted elsewhere, I'm doing something different this year at the top of the list. Because I didn't have a clear-cut, slam-dunk #1 disc of the year, I've decided not to arbitrarily designate one. So instead I'm presenting my top 10 in alphabetical order. They could each be #1, or they could each be #10. Either way I highly recommend them all and hope you already have all or most of them in your collection.

Phil Angotti-People and Places. Sweet, McCartney-esque pop from a veteran musician whom I belatedly came around to. "Me and Donnie Vie" was one of my favorite tracks of 2011.

Cirrone-Uplands Park Road. An audacious debut for this Italian band, who draw as much from Big Star and Badfinger as they do contemporary power poppers. Perhaps 2011's best "traditional" power pop album.

Marco Joachim-Hidden Symphonies. Joachim's previous rootsy, Wilbury-ish release in no way prepared me for this tour de force which I originally only mentioned on the site in passing. A bright ELO/Beatles melange, it really grew on me.

Steve LaBate-The Dead Art of Letter Writing. LaBate's Replacements-meet-The-Clash solo debut was an impressive achievement for a guy better known as a Paste Magazine writer/editor and a member of a rock-comedy act.

David Mead-Dudes. Reuniting with Adam Schlesinger, Mead got his mojo back and came up with the singer/songwwriter album of the year. "The Smile of Rachael Ray" was named NPR's Song of the Day last week and deservedly so as it might have been the most poignant thing he's written.

Meyerman-Who Do You Think You Are? A rare achievement for this New Jersey band - not only did they craft a power pop album with killer hooks and riffs, they also crafted a power pop album that's a meta-commentary on the state of power pop and being in a rock band. On whichever level you enjoy it, it's definitely a revelation.

Michael Oliver & The Sacred Band-Yin & Yanxiety. Since Cliff Hillis decided not to release an album in 2011, Michael Oliver did it for him. Like the former Ike/Starbelly pop wizard, Oliver has an effortless way with a melody and a hook, and he writes intelligent lyrics to boot. What more can you ask for?

The Red Button-As Far as Yesterday Goes. So they'll probably never top 2007's album-of-the-year-on-this-site She's About to Cross My Mind. So what? If Swirsky & Ruekberg can keep releasing discs as pop-perfect as this folowup, I won't complain. Instead of making Cross My Mind 2, they took a chance and decided to tackle the 70s singer-songwriter milieu. I'm thinking that 80s synth-pop will be a tougher nut to crack, though, should they decide to advance another decade next time.

Brandon Wilde-Hearts in Stereo. And here's the David Grahame/Emmit Rhodes/early solo McCartney album of the year. "Candy Apples" and "Ooh La" would be the near the top of my favorite tracks of 2011 list, were I to make one this year.

Miles Zuniga-These Ghosts Have Bones. At long last my favorite half of the Fastball singing/songwriting team released a proper solo album, and it's a gem. Mature, lyrical, hooky and assured, it's a nice blend of pop styles that reveals Zuniga as the songwriting pro he is.

Today I'm going to quickly note several discs I've been enjoying to clear the decks for next week's Best-of-2011 lists. And the best part of all of these fine releases is that you can listen to them in full on Bandcamp, either at the artist page or through the embeds below.

Queen Electric-EP. I'm not sure how a release from power pop luminary Scot Sax went largely unnoticed this summer, but it did. Queen Electric is his new band, and it continues the trend in his sound of a more moderately funky power pop. He touches all the pop bases here, from the heavy rock of "Gonna Let You Down" to the power balladry of "As You Make Me Out to Be". Welcome back, Scot.


********
The Beagle Ranch-A Moment Away. Speaking of welcome returns, we haven't heard from these Canadian janglemeisters since the middle part of the last decade. They're back with 16 tracks of their melodic, jangly rock that are easy on the ears and mostly clock in under 3 minutes. This is top-shelf stuff, and really I wanted to get this one mentioned on the site before it appears in next week's year-end list.


********
Dany Laj & The Looks-The Match EP. Staying north of the border, Laj & Co. hail from Ontario and have released an impressive EP that brings to mind Nick Lowe, Dave Edmunds, and The Plimsouls. The title track is classic roots-based pub rock, and despite its silly title "Alien Ate Some People" is another enjoyable track in the same vein.


********
The Vinyl Skyway-Return of the Dead Surfer. I've enjoyed this Cambridge, Mass. band for several years now, and their latest is another masterful amalgam of indie pop and Americana. Fans of The Pernice Brothers and the Gary Louris-led poppier version of The Jayhawks will definitely want to check this out (and for free, no less). "Salvo" and "Golden Lights" are my favorites here.

The Well Wishers give you a head start on 2012.

As we teased over the summer, Jeff Shelton and The Well Wishers are back with Dreaming of The West Coast, their sixth full-length release. It's not scheduled for actual release until January, but thanks to the magic of Bandcamp you can listen to the whole thing right here, right now (sorry, no Jesus Jones cover included). As usual Shelton doesn't let us down, so have a listen now and pick up the CD when it comes out.

(Also make sure you stop by their actual Bandcamp page to get a free download of leadoff track "Escape the Light".)

Several artists we've featured here on the site are out with new EPs, so here's a quick look at them: 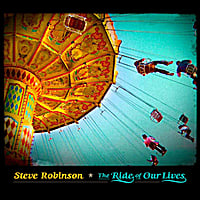 Steve Robinson-The Time of Our Lives. The English expat who hails from my home region of Tampa Bay is back with his first new music since 2007's outstanding Undercurrent, and this EP continues the folky pop strengths of that disc. Getting help from labelmates The Ditchflowers, Robinson shines on all 5 tracks here, but the real standout is "Bed of Nails", which features a slow build from a mostly acoustic number to swelling choruses and full instrumentation and reminds me a lot of my favorite Undercurrent track, "Wooden Hill". Robinson is a class act, and this EP was worth the wait. Ike-The Little People, Church and the Steeple. Although the latest from these Philly rockers who put the "power" in "power pop" is nominally a full-length, I consider it to be an EP given that there are only five new tracks here (the remainder of the disc consists of acoustic versions of the five new songs & a radio edit). Still, these five new tracks continue the band's metamorphosis from a traditional power pop band when Cliff Hillis was on board to a harder-rocking sound now that John Faye is in charge. "Rock 'n' Roll Dreams" lets you know this right away with its stadium rock flourishes and Faye's take-no-prisoner lyrics. "If I Can Help It" has the 70s classic rock sound down, and "Just Like That" is vintage power pop with a driving chorus. I like Ike, and you'll like this EP too. 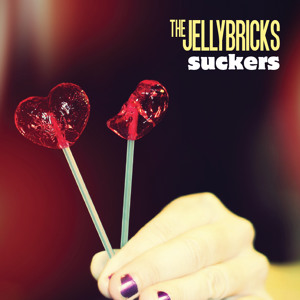 The Jellybricks-Suckers. Heading west from Ike's Philadelphia we find Pittsburgh's Jellybricks, who have been with us since the 90s. Their latest is more what we've come to know and love from the band, hard-charging power pop not unlike their statemates referenced above. "Rock and Roll Suicide" fits the definition of melodic rock to a "T", "Sold" has me sold with its rollicking beat and tuneful guitar attack, and how often do we get a track named after one of the more obscure elements on the periodic table ("Beryllium")? More good stuff, and the real suckers here will be those who miss out on this EP.

Today we feature a couple of bands that draw on The Replacements for inspiration. Teenage Rasputin-Sorry 'Bout the Moon. This Long Island band makes no secret about their Replacements love, having title their debut EP Here Comes Irregular, a pun of a 'Mats classic. They pick up where they left off with the full-length followup, gaining momentum right off the bat with "Wishin'", a melodic rocking number that features hard-driving verses and a sweet chorus. But like Westerberg, songwriter Jim Keegan is just at home with the slower numbers as "Annabella Milbanke" (with strings) and "Three Cheers" will attest. The mid-tempo rocker "Everybody Loves You" finds the band in song noir mode, and "Carpenter's Son" is the kind of catchy, straight-ahead rocker that will have you thinking these guys are from Minneapolis or Des Moines rather than Long Island. An impressive record for the genre. High on Stress-Living is a Dying Art. High on Stress (featured before on this site) comes by their 'Mats-loving cred a little more naturally, being from Minneapolis themselves. They differ a bit from Teenage Rasputin in that they have of a more Americana-influenced sound, perhaps a little more Hootenany than Pleased to Meet Me. They also know how to open an album, and "Bite Your Tongue" is a driving rocker that recalls Westerberg's solo "Knockin' on Mine". Other highlights include the cascading riffs and waltz-like melody of "Figure Eights", the gritty and compelling "Lost My Invitation", and the beguiling country-rock of "Head", which sounds like a lost Gram Parsons tune with its violin and female harmonies. Living is a Dying Art is High on Stress's third full-length, and they're building up quite an impressive body of work.

High on Stress - These Days Are Gone from Here Comes The Flood on Vimeo.