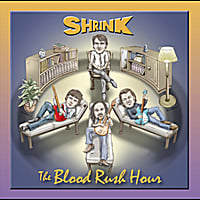 The Blood Rush Hour-Shrink. Now here's a pleasant pop surprise. The Blood Rush Hour are a four-piece Welsh band led by Robert DiStefano, and Shrink is an effervescent piece of British pop that channels Jellyfish and XTC. Opener "The Way Back Home" with its piano-and-horns backing as well as the buoyant "Delme" bring to mind fellow Brits The Feeling, while the frenetic back-and-forth stylistic shifts of "Into the Fire" and "My Life With the Omni One" have a Bryan Scary-meets-Jellyfish vibe. Elsewhere, "The Trauma Factory" and "Gone (Where Nobody Can Find Me)" show their appreciation for pre-Beatles British pop, and "The Tale of Sir Lancelot" along with closer "Show Me Your Self" also effectively show off their pop chops. This is an impressive a power pop debut as I've heard in the last couple of years, so don't shrink from picking this one up. 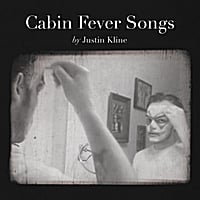 Justin Kline-Cabin Fever Songs. Taking a break from his usual peppy pop tunes, site favorite Justin Kline is back with a lower-key, contemplative effort this time around which nonetheless shows off his gift for melody. The lo-fi, largely acoustic version of Kline sounds quite a bit like Elliott Smith or Connor Oberst, and the opener "Nighttime Girl" is an irresistible slice of folk/pop. Despite the lack of a "big" sound, "Your Mystery" manages to get the toes tappin', and "Carol Lynn" is a gorgeous number that would have fit in perfectly as a change-of-pace on one of his previous albums. A perfect album for a rainy Sunday afternoon. Over the last 18 years or so, Scot Sax has been a big deal in the power pop community whether it be his solo material or band efforts with Wanderlust, Feel and Queen Electric. So it's noteworthy to have two Scot Sax-related releases out this summer, one of which features a Wanderlust reunion.

Wanderlust-Record Time. It's been a year of power pop reunions (Shoes and dBs among others), and none is more welcome than Wanderlust's. With bandmates Rob Bonfiglio (a fine solo artist in his on right), Mark Getten and Jim Cavanaugh back in tow, Sax led them in recording a "live in the studio" record of new material. Instant classics abound, from the opening rocker "Lou Reed" to the melodic and soulful "Blow Away" to classic rock sound of "Fork in the Road". It's been 12 years since their last album, but it doesn't sound like a day has passed.

Scot Sax-The Los Angeles Years. Also newly out via Bandcamp is a 15-song collection of unreleased "songs written and recorded in the fun-loving, sushi eatin', sunny songwriting days from the Warner/Chappell years in Los Angeles 1999-2005", as Sax himself puts it. While Sax was penning tunes for megastars like Faith Hill and Tim McGraw, he continued to record his own material and some of these tunes stand among his best. "Cell Phone Again" recalls his slightly-mellower sound in Feel, "Busy Being Free" is a charming, bouncy, piano-based number, and "OK, You're Beautiful" sounds like it had to have been a hit for somebody at sometime. This must-have for Sax fans is a digital-only release at Bandcamp.