Email newsletters for bands at ReverbNation.com
Posted by Steve at 3:02 PM 1 comment: 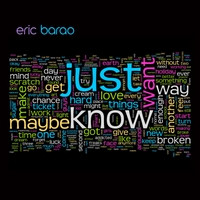 Eric Barao-Eric Barao. If you're familiar with Eric Barao, it's most likely due to the fact that he was the frontman of The Cautions, a Boston-based power pop band which gave us the fine 2006 album Proceed With...The Cautions. Barao was also involved the L.E.O. project around that time and has been a staple of the Boston power pop scene. On his solo debut Barao enlists the help of Bleu, who co-produces, and it's reflected in the style of the album, which is more reminiscent of Bleu's eclectic pop stylings than the straight-up Weezer/Rooney-styled power pop of The Cautions. There's a lot to like here, beginning with frenetic piano pop of "On Holiday", which recalls Bryan Scary and is quite the nifty little tune. The power balladry of "Trying Too Hard" and "In Love With a Broken Heart" bears Bleu's touch, and the midtempo "New Earth" has a Jon Brion sensibility. Elsewhere, the jaunty pop number "Alive (But Barely Breathing)" is another standout, as is "Scratch Ticket" which is catchy enough to be theme song for the Massachusetts Lottery, but probably won't. And the tracks not mentioned here are exquisitely well-crafted, immaculately crafted pop tunes as well, making this an early contender for the power pop album of the year. Take a listen through Bandcamp below and I'm pretty sure you'll agree. 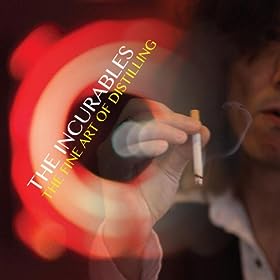 The Incurables-The Fine Art of Distilling. Jimmy Griffin and the boys are back with the followup to 2007's Songs for a Blackout, which was one of my favorites of that year but seemed to be largely overlooked in the power pop community. The Fine Art of Distilling is a worthy successor for this St. Louis band, boasting a further refinement of their Wallflowers-meet-del Amitri sound buoyed by Griffin's endearingly raspy vocals. Opener "16 Lives" starts things off in an interestingly melodic fashion, veering from slow verses to a catchy chorus backed by stacatto guitars. Meanwhile, any disc this year will be hard-pressed to match the 1-2 punch of "Famous Last Words" and "F M". The former is an outstanding Tom Petty-styled rocker with jangly guitars, and the latter is an earworm of the first order with its "is there anyone alive/on the other side of my radio" chorus hard to shake in a good way. Also of note is the barroom noir of "I Will Burn", the hook-laden "Break the Heart of the World" and the lovely, largely acoustic romp "A Proposal" that closes the disc. This is the kind of pop/rock that actually made the radio Griffin refers to in "F M" as recently as the late 90s, and thanks to the internet we're no longer reliant on the FM dial to find music of this quality.