Since posting has been light lately, we're going with three for Thursday today instead of the usual two. John Amadon-Seven Stars. At long last, here is the Elliott Smith album you've all been waiting for and thought you'd never get. Hailing from Smith's hometown of Portland, Oregon, Amadon channels that late singer-songwriter's XO/Figure 8 period, which means things lean to the Beatlesque side of Smith's sound than his earlier, folkier releases. And that's a good thing around here. The standout tracks here are "Let's Talk Without Talking", the soft/heavy dynamic of "All Patched Up" and the lovely "Bitter Tears". A real treat. 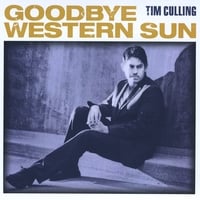 Tim Culling-Goodbye Western Sun. It's hard to pigeonhole singer-songwriter Tim Culling's sound without resorting to generic categories like "adult alternative pop/rock" as he offers up a little bit of pop, a little bit of rock, a little bit of soul and a little bit of alt-country in his sound. It all adds up to a winning mixture on this 7-track EP, led by the outstanding title track, which has an insistent piano hook that will bury itself in your subconscious, "So With That Aside", its bookend, is another brilliant number with an upbeat melody, and in between the Wilco-esque "This Much I Can See" and the bluesy "I Got a Friend" are the highlights. Possibly 2011's top EP to date. Khalid Quesada-On the Verge of Context. New Jersey's Khalid Quesada is a singer-songwriter sound who has a way with a pop hook, and he demonstrates that clearly on his debut EP. Coming in somewhere between the aforementioned Elliott Smith and Rivers Cuomo, Quesada is equally at home with both the power pop ("Radio Silence", "Proverbial Knives") and more introspective numbers ("Angel in the Dark", "World Without"). It's all melodic, and has me looking forward to his full-length debut promised for later this year.

Hello! I recorded this song from the radio in 1993...does anybody knows who are them??