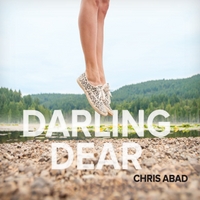 Chris Abad-Darling Dear. Chris Abad is back with the followup to 2010's No Glory, and it's another fine collection of melodic pop that recalls Squeeze and Matthew Sweet as well as the likes of Cliff Hillis and Michael Carpenter. "Lucky One" kicks off the proceedings with its bright pop and singalong chorus while "Routine" is a midtempo rocker with crunchy guitars that recall Gin Blossoms, with the real standout being the title track - a bouncy number that wouldn't have been out of place on a Jellyfish disc. Other highlights include the country-tinged ballad "Shelter" and the jangly "Wide Awake". Abad has a way with a melody, and these 10 tracks display a real consistency. 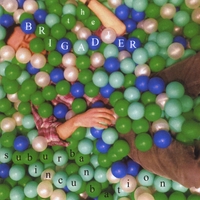 The Brigadier-Suburban Incubation. It seems like I've been writing about The Brigadier (a/k/a Matt Williams) since I started this blog seven years ago, and he's back with his sixth album after a little longer interval (his last full-length came out in 2010). Suburban Incubation finds Williams having started a family, and the overall theme here is settling into that kind of life. He still offers the Beach Boys-meets-XTC sunny British pop of previous releases, as "It Needed to Be Sunny" is a bright opener, while "Don't Want to Think Anymore" is an introspective number that has a memorable hook and an Andy Partridge feel to it. Elsewhere, "Do You Want Me Too?" is a breezy slice of power pop right in Williams' wheelhouse, and the quirky piano fills and guitar of "Music Makes the Pain Go Away" make it one of the album's standouts while "The Middle Ages" is a jaunty, Brian Wilson-style tune. It's good to have The Brigadier back.