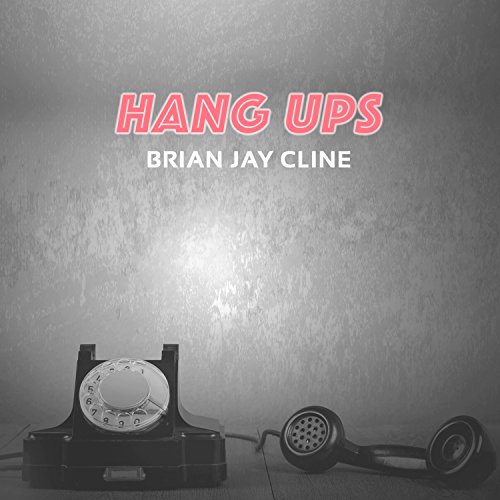 I like to think I keep on top of the latest in new power pop, religiously checking the daily releases from CD Baby, Bandcamp and elsewhere, and poring over lists of what's added to Spotify, etc. But I just haven't been able to keep up with Brian Jay Cline this year. Having already released Writer's Block around the new year (even though according to Amazon and iTunes it wasn't released until August), Cline has put out a series of singles this year and another full-length. And while I was searching for links to include moments before beginning this post, I came across still another single he released last month of which I was unaware. Since Writer's Block kicked this all off, I'm viewing that title as either being extremely ironic or something Cline has overcome in a big way.

Anyway, it's Hang Ups that I want to concentrate on here, as Cline's rootsy pop a la Marshall Crenshaw, Walter Clevenger and Bill Lloyd is in fine form again. Hang Ups plugs in to the stresses of life in 2017, with "Monday" and "21st Century Nervous Breakdown" appreciating how hard it is to just get out of bed and start the week these days. But the real highlight here is "Wall (You're Gonna Pay for It)", which takes one of the 2016 election's hoariest cliches and applies it as a metaphor for dealing with an ex. It's not only one of Cline's most clever lyrics, it's one of his catchiest tunes in a deep catalog of catchy. Other standouts include the country shuffle of "Ride" and the upbeat-despite-its-title "Low Winter Sun".

But wait - there's more. I referred to his various singles, and they're all pretty good. There's the rocking "I Get You"; the (possibly) autobiographical "Latch Key Kid"; "The Ballad of Rosetta Stone"; "Never Saw it Coming" (which does channel Crenshaw); and the one I just stumbled upon, "She Idles Wild", which on first listen seems a moody departure that almost recalls Chris Isaak. And there's probably one more that come out while I was composing this post.