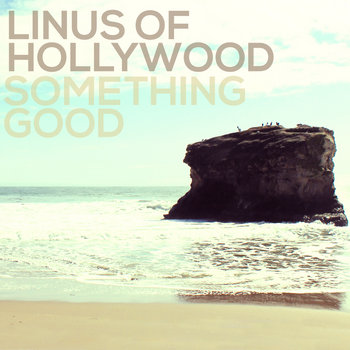 Linus of Hollywood-Something Good. Back with his first album of new material since 2006's Triangle, Kevin Dotson a/k/a Linus of Hollywood is back with the same winning combination of classic pop and power pop that made him a force in the power pop community in the first half of the last decade. The buoyant, driving 1-2 punch of "Caught Up in a Feeling" and "Ready for Something Good" will get your toes tapping right off the bat, the McCartney-esque "A Girl That I Like" is very easy on the ears, and "I Don't Wanna Go Home if You're Not There" makes for a great power ballad. Linus even throws in a faithful cover of the Kiss classic "Beth", while the overall quality of the album heeds the admonition of one of the disc's catcher tracks, "Don't F**k it Up". One of the year's best. Jeff Larson-Close Circle. Having reviewed the previous five releases of this wonderfully consistent folk-rocker, it's getting hard for me to say something new about him, so how about this? Close Circle might be the best and most assured of his recent releases. For those just tuning in, Larson's music is the epitome of laid-back, melodic mellow SoCal rock and reflected in the fact that he's a confidant of and collaborator with Gerry Beckley and Dewey Bunnell, better known as America. After opening with the beautifully understated "Rescue", the disc clicks into gear with the excellent "Following the Echoes". Other standouts include the Jeffrey Foskett-backed "Goodbye Ocean Street Beaches" and "Rain Soaked Cloud", which features the America boys on backing vocals.

NOTE: Kool Kat is also releasing a CD-R of last year's download-only Larson EP Leaves for those who want a physical disc.