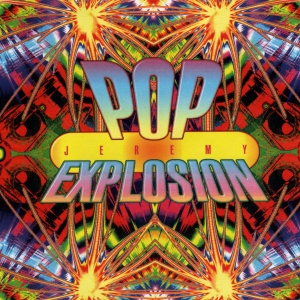 Many of you in the power pop community are well aware of Jeremy Morris, but for those who aren't he might be described as the hardest working man in power pop. Aside from running the Jam Recordings label (The Lolas, The Ringles, Ed James, et al), Jeremy is an accomplished musician who probably releases more of his own music than anyone this side of Ryan Adams. It's a full-time job to keep up with all of his releases, so instead I'll point out his best release of 2008: Pop Explosion.

Pop Explosion has a decidedly retro sound, but the tunes are some of his best. The 60s guitar sound of the melodic "Come on Over" will appeal to those digging the new El Goodo disc; "Come Clean" is a treat as well, with its "Picture Book"-like guitar riff and Mersey melodies; "Time is Running Out" is all Byrdsian jangle, and "You're Gonna Get It" is garage-style Nuggets-y goodness. The ballads are no slouches, either: "The Perfect Love" and "Hand in Hand" are lovely, piano-based numbers that manage to stay just this side of cloying.

And like they say on the TV commercials, but that isn't all. If you act now, you'll get a bonus disc of 24 - count 'em, 24 - covers, ranging from Big Star's "Thirteen" to The Beatles' "It's All To Much" to The Replacements' "Here Comes a Regular" to Neil Diamond's "A Little Bit Me, A Little Bit You" as well as covers of Genesis, Yo La Tengo, the Bay City Rollers and many others. Between the two discs, you probably won't find a better bargain.