Dropkick-Paper Trails. Death, taxes and Dropkick. Three things you can count on as this Scottish band releases an album a year like clockwork, and 2012's entry is Paper Trails. They specialize in the melodic pop of bands like Teenage Fanclub and Cosmic Rough Riders with a touch of alt-country, suffused with Pernice Brothers-like harmonies, and the standouts this time around are the Summerteeth-era Wilco-esque numbers "Words Best Left" and the title track, the jaunty "Another Day" and the irresistibly jangly "Annabelle". Always great stuff, and we'll see them again in 2013. 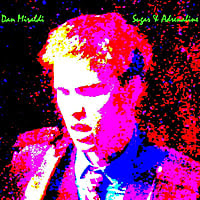 Dan Miraldi-Sugar & Adrenaline. When you think about it, "Sugar & Adrenaline" might be the perfect title for a power pop album. Ohio's Dan Miraldi does his level best to live up to the title with tracks like "Few Rock Harder", a great Butch Walker-type tune complete with "uh-huh"s in the chorus, the punchy pop of "The Runaround", and the charming retro rock of "Record Collection". But Miraldi succeeds with the slower and mid-tempo tunes as well with "Yonder St. Sebastian" and "The Many Shades of Blue".

Although Bill Majoros has yet to release a proper full-length followup to his brilliant 2007 double-CD release Distant Star, he has managed a somewhat steady stream of singles and EPs over the past year or two and now he's back with a new single, which you can get for free at Bandcamp (and which you can listed to below): 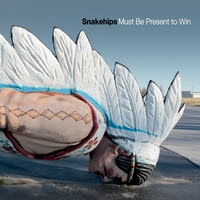 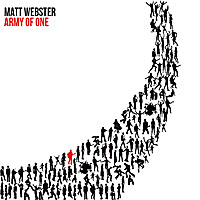 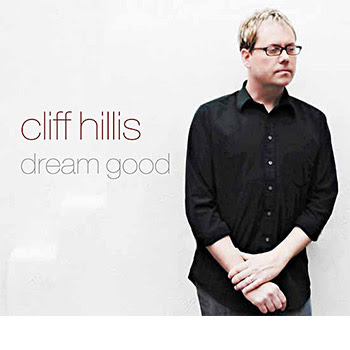 Cliff Hills-Dream Good. About four years ago, I wrote that Cliff Hillis "is the golden mean of power pop - punchy enough to satisfy fans of Fountains of Wayne or Cheap Trick, but melodic enough to satisfy fans of Squeeze, Michael Carpenter and Paul McCartney". That was the last time Hillis released a solo disc, and now he's back with Dream Good which is just as good as The Long Now if not better. Hillis has a preternatural gift for melody and the immediate hooks of "Keep the Blue Skies" threaten to make it your new favorite song after just one listen. "Sing it Once Again" is an acoustic-guitar based gem with handclaps, "Ways and Means" finds him rocking like his days in Ike, and the moody, melodic Beatlesque "Welcome to You" would have fit in snugly on the last Red Button album. Just take about 35-40 minutes and listen below - it's easily one of the year's best.

Salim Nourallah-Hit Parade. A search of my archives reveals that somehow I've never featured a Salim Nourallah album here despite the fact that he's been a prolific artist producing high-quality pop for many years now. Nourallah is part of the "Texas pop/rock mafia" that features the likes of Rhett Miller, Joe Reyes, John Dufilho, John Lefler and others, who all tend to produce or play on each other's albums. Anyway, Hit Parade is perhaps the apotheosis of Nourallah's career, a fully-realized pop masterpiece. There's plenty to reward repeated listenings - for example, opener "38 Rue de Sevigne" sounds like your typical slow acoustic opening number until it isn't, "Travolta" sounds like an amusing faux-disco number until a closer listen to the lyrics reveals it to be the story of a man in crisis with a marriage pending, and "Never Felt Better" ends up belying its title. Nourallah's songcraft is at its peak - the Lennonesque title track burrows into your head, while "Goddamn Life" and "The Quitter" are top-notch guitar pop. With the surfeit of music out there, we don't always have the time to let albums grow on us, but this one is worth the effort in that department. I liked it on first listen, loved it a month later, and now I'm thinking it's my favorite album of the year so far. (Wish I had better samples for this, but the snippets below with the previews at Amazon/iTunes should give you a good idea of the sound).

Before anyone gets too excited, a few caveats: they have reunited, but only for a handful of shows; they don't have new original material, but they have released a new single. It's called "I'll Be Gone", and according to their Soundcloud page, it's "a long time staple of their live show, written by the Swedish pop genius Ola Framby. The track features Rock n' Roll Hall of Fame icon Ian 'Mac' McLagan on keys." Regardless of its origin, it's great to hear Robert Harrison's voice backed by Whit Williams' guitar and Dana Myzer's drums.

You can pick up a copy at iTunes.

Michael Carpenter-S.O.O.P. #5. Michael Carpenter concludes his 5-disc covers project with a twist - it's a duets album. This development jolts some life into the series, and features contributions from fellow power poppers such as Marty Rudnick, James Cooper and Chris Murphy. Although its stumbles out of the gate with "Where the Bands Are" (Carpenter strains to replicate Bruce Springsteen's gruff vocals), high points abound: Rudnick's Roger McGuinn-like vocals make The Byrds' "She Don't Care About Time" a treat, Dominique English guests to fine effect on Fleetwood Mac's "I Don't Wanna Know" and Carpenter & Cooper team up on what could almost be called a bubblegum version of George Harrison's "Awaiting on You All". The combination of covering deep album tracks for the most part ("Wouldn't it Be Nice" and "Already Gone" being the exceptions) and the duets elevate this one to more than a karaoke exercise and close the project on a high note. But now here's hoping his next release is original material.

Dave Birk-Speed Queen Mystery Date. Fountains of Wayne fans, this is the record to tide you over until Chris Collingwood and Adam Schlesigner put out a new one. Minneapolis' Dave Birk captures the essence of FoW, from their high-gloss power pop to their suburban smart aleck worldview. It's an influence Birk does nothing to hide - the title of the opening track, "Hey Jody", recalls FoW's "Hey Julie"; "All Things Retro" borrows its melody wholesale from Utopia Parkway's "It Must Be Summer", and the title track tells a detailed story of a possible relationship between young urbanites. Plus there's "Country Music 101", a primer on writing country music that threads the needle between mocking the genre and celebrating it. So while Birk hasn't reinvented the power pop wheel here, I have to say I enjoyed Speed Queen Mystery Date more than any FoW album since Welcome Interstate Managers and there's some real talent at work here.