And here's what you've been waiting for, the top half of the top 100. A few words on my #1 pick follow the list:

I went with Salim Nourallah's Hit Parade at #1 for several reasons - it was the album I enjoyed the most, the one that grew on me the most with repeated listens, and most of all it felt to me like a contemporary Beatles album with Nourallah playing all four parts. The wonderful "38 Rue de Sevigne" opens the album with a slow build into full-fledged McCartney-esque goodness, while the title track and "God Damn Life" (which are both thematic cousins of "Working Class Hero") bear a profound John Lennon influence. Meanwhile, the ringing guitars and lyrics that speak of disappointment yet hope in someone else of "The Quitter" feel like George Harrison, while the faux-disco "Travolta" mixes humor and pathos in much the same way Ringo's Beatle tunes did. In the past I've always enjoyed Nourallah's songcraft even though it felt cold and distant at times, but here he takes a warm and wistful look back at life from middle age (life's "hit parade" as it were) and the result is the best album of his career.

Here's the bottom half of the top 100, with the top half to follow tomorrow.

Let the list-making commence. Today it's the top 15 EPs, tomorrow it's the bottom half of the top 100 full-length list, and Friday will be the top half. 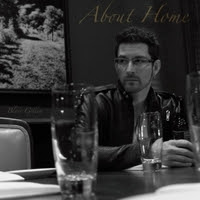 Blair Gilley-Almost Home. Nashville rocker Blair Gilley, after fronting a couple of bands, goes solo with impressive results on his debut EP which brings to mind the likes of Oasis and Green Day in their poppier moments. This is "modern-sounding" power pop that also calls to mind Rooney, especially on the anthemic opener "Hopelessly". The power ballad "My Communication" slows things down to a degree but works equally as well, and the real winner here is the closer "What You Do to Yourself" which sports an indelible chorus. A brash and impressive debut.

The Metal Babies-The Metal Babies EP. This band from Sydney caught my eye with their name, an obvious homage to a classic Teenage Fanclub song. The caught my ear as well with their sound, which despite their name isn't a slavish attempt to recapture the TF sound. Instead, they have kind of a "heartland rock" sound which shows on the "This Cloud of Mine", while the opener "In the Dirt" has a Tom Petty feel (as well as an always-welcome "woo hoo hoo" in the chorus). Elsewhere, "Trainwreck" is an enjoyable rocker and the midtempo "Willing to Wait" boasts some fine guitar work. Nothing flashy here, but five above-average tracks that will be welcome on your music player of choice.

Passing this on from Justin Kline:

Hey there, Justin Kline here with a favor to ask…

My new Christmas song "Once a Year" is available for digital download via NoiseTrade… and 100% of the proceeds will benefit TOYS FOR TOTS... (or you can download it for free too)

In honor of this very political year (what with a US presidential election and all), here are a pair of releases from artists we've featured before who've decided to make a political statement with their power pop:

Neil Nathan Inc.-Sweep the Nation. We last heard from this rocker in 2010 with the excellent The Distance Calls, and now he's back as "Neil Nathan Inc.", ready to Occupy your music player of choice with Sweep the Nation, an attack on crooked corporate capitalism. Of course you can get political commentary from virtually nook and cranny on the Internet, so the key here is whether the music behind the viewpoint holds up. And here it does, from the kinetic (and appropriately-titled) Matthew Sweet-style opener "Jumpstart" to the anthemic title track to the Tom Petty-esque "For the Lucky Ones". In some respects, Swept the Nation is power pop's answer to Bruce Springsteen's Wrecking Ball, another mad-as-hell-and-not-going-to-take-it-anymore album that still sounded great when you weren't paying attention to the lyrics. Fittingly this album isn't available from any of the big corporate outlets, but only on the artist-friendly Bandcamp. 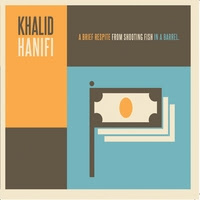 Khalid Hanifi-A Brief Respite from Shooting Fish in a Barrel. Khalid Hanifi has been a welcome presence in the power pop scene for over a decade, whether recording under his own name or as The Maypops. Here Hanifi, an Afghan-American, trades his mild-mannered singer/songwriter power pop to rail against the treatment of his ancestral land and the corporate-military complex behind it. And as in the case of Neil Nathan's record, Hanifi still manages to express himself through some solid songcraft. The loping "Free the World to Death" pulls no punches, and "The Splendor of Empire" is first rate dream-pop with a serious kick. Elsewhere, the acoustic-based "Rock and Roll Frankenstein" and "Whose Idea Was That" sport lovely melodies, and "Hog Futures" is the kind of catchy power pop Hanifi made his name with.