EP of the Day, 3/26/12: Richard Cummins-5 Things I Learned from Paul McCartney in Song

British Columbia's Richard Cummins is an unabashed Beatlemaniac, and his latest EP is an enjoyable homage/tribute to Sir Paul McCartney. The EP features two original tracks, "Paul McCartney Taught Me Right"- a jangly Rickenbacker-laden number that cites McCartney as a role model and features an always-welcome timpani in the chorus - and "Paul, He Used to Sing With Me", a trippy mellow number that quotes McCartney lyrics. The rest of the EP is a couple of note-perfect covers of McCartney standards "Mull of Kintyre" and "Back Seat of My Car", along with an Abbey Road Studios mix of "Paul McCartney Taught Me Right". Cummins does sound a lot like McCartney, so if you don't pay close attention, you might think Paul was honoring himself. Still in all, it's a fun little EP and you don't have to be as big a McCartney maniac as Cummins to enjoy it. 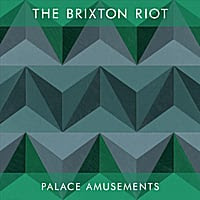 The Brixton Riot-Palace Amusements. These Jersey rockers are back with their full-length debut after 2008's fine Sudden Fiction EP, and they serve up more of the Replacements-meet-Smithereens rock that we enjoyed then. "Signal to Noise" lets you know right off the bat that they can seriously rock, and its "keep my head down/'til I hear that sound" refrain will stay in your head. "Canvas Shoes" channels the 'Mats, and "Hipster Turns 30" might be the album's best track with its mix of wry lyrics and a clever melody. With apologies to Nick Lowe, this is pure rock for now people. 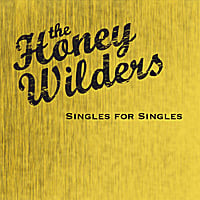 The Honey Wilders-Singles for Singles. We keep the amps cranked up to 11 with San Jose's The Honey Wilders, who bring the classic rock on their debut disc. Drawing from Cheap Trick, Tom Petty, Thin Lizzy and other 70s icons they craft some fine tunes here, including the opener "Summertime in the Suburbs" which is catchy as all get-out. "Life in Stereo" has an Exile-era Stones swagger, while "Geneva Ave." comes off as a more rocking Gin Blossoms. Elsewhere, "Sweet Alice" sounds like a lost arena rock classic, and the piano-based "Light of Day" has a Queen-like theatricality to it. So if your local classic rock station actually played new songs, it might sound something like Singles for Singles.

The gauntlet has been thrown down. For the rest of 2012, power pop albums will have to be measured against David Myhr's Soundshine if they want a spot on year-end best-of list as the former Merrymaker has crafted a solo debut that reminds us all again what we love about power pop. About 10-15 years ago, the Merrymakers were the gold standard for power pop and Myhr's solo debut, so long in the making, lives up to that billing. Like the best power pop, his songs are instantly likeable but don't wear out on repeated listens. The piano-based "Never Mine" is a tremendous opener, with its Beatlesque verses and sing-along chorus. "Looking for a Life" recalls his former band with its breezy melody and urgent pace, and the punchy popper "Got You Where He Wanted" is 70s-tastic, featuring female backing vocals in the chorus and a bit of an Andy Kim feel.

Elsewhere, "I Love the Feeling" is pure sunshine pop that reflects its title, replete with a "wooo-oh-oh-wooh" chorus, "Cut to the Chase" is another driving popper that will insert its "come on, come on" refrain into your subconscious and you won't be able to say "no" to "Don't Say No" another pop winner that would have been a guaranteed Billboard #1 in 1976. "Loveblind" is another treat for Merrymakers fans, a buoyant number with another unforgettable chorus. The lovely ballad "The One" gives the listener a chance to catch his/her breath, and then it's back to pop perfection with "Wanderlust" and "Icy Tracks", the latter featuring synths and some fine guitar work. "Ride Along" makes the perfect closer, returning to the piano pop that opened the album and giving the impression of everyone gathering to sing along and waving goodbye as the credits roll.

As you may have figured by now, this one shoots to #1 on my Best of 2012 list to date. Although it will only be released March 29 in Europe and Japan for now, the good news for US-based readers is that it's being made available through Kool Kat and Ray is taking pre-orders for autographed copies. You can also get a free download of an alternate version of "Never Mine" from David Myhr's site (see widget below). 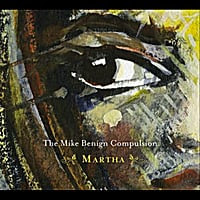 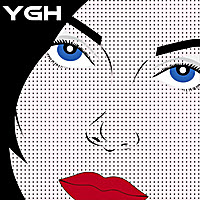