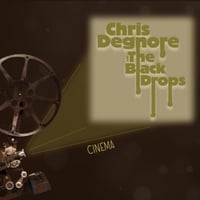 Kevin Lee & The Kings-Breakout. Kevin Lee is back. The classic rocker/power popper in the Cheap Trick mold has given his first full-length with his backing band after a 2010 EP and it - to put it simply - rocks. "Tell Me Why" is the kind of melodic rock with crunchy guitars that sold a lot of records in the 70s and 80s, and the title track has a Butch Walker kind of swagger to it. But while Lee can crank up the amps, he also has a way with the power ballad as "Outside Looking In" and "Hope in a Hopeless World" will have you holding up your metaphorical (or real) cigarette lighter. If those classic rock bands of the 70s and 80s still perk up your ears, you'll want to break out with Kevin Lee & company here.

Hot Nun-Hot Hun. Also back is Jeff Shelton, whom you are accustomed to seeing release records as The Well Wishers. Hot Nun is a somewhat different project for Shelton, in which he teams up with Braden McGraw and the two (with help from the mysterious Nash T. Habit) put out a record that shows their shared love of 70s glam rock, not unlike what Valley Lodge did with 2009's Semester at Sea. Still whatever the genre, Shelton's irrepressible sense of melody comes through. Opening tracks "Brave New World" and "Thank You for That" will appeal to fans of Shelton's earlier band, Spinning Jennies, while "Spirit of 76" pays tribute to the type of music people like us love ("used to be on the radio/used to be on the stereo"). The topper here is their cover of David Bowie's "Queen Bitch", which is faithful down to Shelton's faux-English accent and is an enjoyable romp. Don't know if this is going to be a one-off for Shelton & Co., but I wouldn't mind seeing a Hot Nun II.