News from Down Under.

Lots of interesting power pop developments coming out of Australia lately, and here are the highlights:

* Michael Carpenter. If the group of artists we feature on this site who continually work together on different projects can be called the Australian Power Pop Mafia, then Michael Carpenter is The Godfather. And Don MC is back with a couple of projects.

First up is the O'Neders, a gathering of Carpenter and like-minded power poppers who came together to record a live album of power pop covers from contemporary artists such as Sloan, Fountains of Wayne, Teenage Fanclub, Jellyfish, Matthew Sweet as well as classics from The Beatles, Big Star, The Byrds and The Who among others. It's a real hoot and a real treat and you can listen and buy the whole shebang at Bandcamp. Titled That Thing We Done, it's a real wonder. (Unfortunately the CDR version is sold out, so you'll have to digital on this one).

MC is also hard at work on his ultimate Cuban Heels project. You may recall the pair of EPs he's put out in the last couple of years with this crew, and now it's all coming together with The Incomplete Cuban Heels, a collection of the 2 EPs plus a bunch of new tracks. Like other artists these days, he's offering a "buy-in" of sorts to help finance the project and has two levels of support you can give with plenty of goodies available for each. Get all the details at his site.

* The Sunshine Ponies. You probably haven't heard of the band name, but I'm sure you're familiar with the players. This is the aforementioned Aussie Power Pop Mafia in its full glory, as Popboomerang honchos Scott Thurling and Sarah Halligan have called in the gang to record an album set to their love poetry, and in addition to Mr. Carpenter, AbPow faves like Bryan Estepa, Adrian Whitehead, Tim Reid, Kelly's Heels and Danna & The Changes are on board to provide the music and voices for these song-poems. Like the O'Neders project above, you can hear and buy it all at Bandcamp.
Posted by Steve at 10:50 AM No comments: 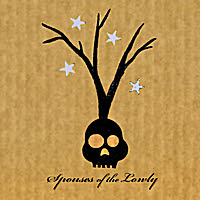 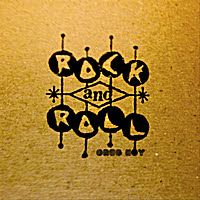 A couple of years ago I reviewed the fine debut EP Hundred Flowers from T.Kao, and now he's back with a new release in the works. Also, he's recorded an interesting cover of the Blondie classic "Heart of Glass" which you can download at ReverbNation.

Here's a video for one of the songs from the upcoming album, "Crowded Streets in an Empty Town":

We'll let you know when the full-length becomes available.
Posted by Steve at 10:42 AM No comments:

Freebie of the Day: Stu Lewis-Waste Not What Not

There's a lot of free music online these days, but even "free" music comes at a cost: your listening time. So it's nice to pass on something that's free but also worth a listen. Stu Lewis is offering up his debut EP Waste Not What Not gratis, and it's a fun 5-track helping of synth-influenced power pop a la The Cars or The Rentals. "With Authority" and "Stay Free" are the conventional standouts here, but the track that will really make you glad you gave this a download is "Michelle", Lewis' love letter to the First Lady ("I know she's a married two-time mama/but I'm love with Michelle Obama"). This track will either get him a command performance at the White House or placement on a Secret Service Watch List, but either way it'll get stuck in your head.

A few months back, I related the tale of how Justin Kline's recordings were stolen and he needed help to finish his new EP. Many of you helped out, and your generosity has resulted in another fine release from the man who gave us our top EP of 2008.

Triangle boasts four new tracks, and it's a worthy successor to Six Songs. "Baby, You're a Mess" leads off with pure pop goodness, with a melody and backing track that could have come from a 70s Saturday morning cartoon, and I mean that in a good way. Word of warning: don't leave the house or car with this song being the last you heard because it will monopolize your brain. The lilting, waltz-like "Please Go Away" will be a highlight for Jellyfish fanatics, and "Allison, We Cannot Be Friends" is another power pop gem. The near-ballad "Coffee Song" closes the proceedings out in baroque fashion, providing you the FDA's minimum daily requirement of "ba ba ba" backing vocals.

The EP is available digitally, and it might just be the best $3.96 you spend this year.

Listen/buy at Bandcamp | iTunes
Posted by Steve at 9:48 AM No comments:

Here are a handful of discs that warrant a mention and a listen:

Marc Clayton & The Lazy Suns-S/T. Some fine Wilburyish popicana that splits the difference between George Harrison and Tom Petty. Top tracks: "Remember", "Only You", "Birthday Smile", "High Above the Rain".

Neil Nathan-The Distance Calls. This NYC rocker's debut has certainly caught my attention. His opener is certainly attention-grabbing: an acoustic cover of ELO's (and The Move's) "Do Ya", and from there he continues with a song cycle that should have been on Elektra/Asylum in the 70s. "California Run" has an Eagles thing going, "When the Rain Falls" will appeal to fans of The Meadows, and "Get On" is an infectious R&B-influenced number. The whole album is streaming on his MySpace page.

Eric Leitzinger-The Obsolete Man. What if Robert Pollard teamed up with Ryan Adams? Aside from having 300 releases a year, you'd get the sound of Ontario's Eric Leitzinger, who manages a quirky rock-and-roots based sound on his debut. The opening 1-2 punch of "End of the Line" and "Synchronize" give you the yin-yang of the two standbys I've compared him to, and other tracks to check out include the folky "In Two" and the haunting "Bed of Nails". Music this good is never obsolete. 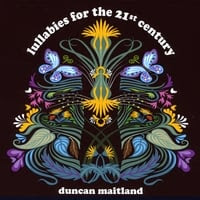 CD Baby | MySpace
Posted by Steve at 2:27 PM No comments:

The Spanish power pop band The Riffbackers have made their 2009 release The Curtain Shop and Alterations available as a free download on Bandcamp. These guys used to be known as The Winnerys and had an album out on Rainbow Quartz about five years ago. It's good stuff, and the price is right.
Posted by Steve at 9:21 AM No comments:

Smash Palace has been around since the 80s, but somehow they've managed to come up with what might be their best album in a deep catalog of quality releases. Whether it's the Revolver-styled cover or the dawn of a new decade or something in the air, these veteran Philly poppers have one of 2010's best on their hands.

Long-time Palace fans will love this disc of course, but this is also a perfect time for the uninitiated to get on board. They're versatile among the many power pop styles - whether it be a mid-period Beatlesque sound, Byrds-like jangle or straight up power pop, they do it all well. The 1-2 punch of "Win it All" and "How Can You Say?" is perfect way to open the disc, with both being energetic and melodic rockers. "Holding Out for You" is the kind of tuneful ballad that might have been a hit in their 80s days, and "Human Kind" might just be the best song on the album, a punchy rocker with some jangle that definitely lives up to the promise of the Revolver cover art.

The second half of the disc doesn't slack off either. The Tom Petty-ish "Here it Comes Again" would have made a great Side 2 opener in the days of LPs, with its insistent melody and "whoa-oh-oh-oh" backing vocals. The gentle acoustic guitar-and-piano ballad "Bridge of Sighs" is another triumph, and "Dead End Street" is classic Smash Palace. "Somebody Up There Likes Me" boasts some nice Harrisonesque slide guitar and "Solo" closes the album in style with yet another catchy melody. It's certainly a lucky "7" for both Smash Palace and anyone who picks up this disc.