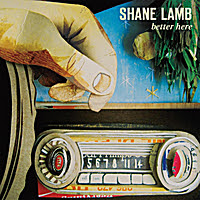 Shane Lamb-Better Here. Nashville's Shane Lamb is back with the followup to his excellent 2009 release Disengage, and damned if he didn't come up with another roots-pop gem. There's plenty to like here, starting with the opener "Adrenaline as Medicine", which has a strong Tom Petty vibe. Speaking of Petty, the outstanding title track is reminiscent of "Yer So Bad". "Can't You See" is a driving, pulsing rocker that's still melodic, and "It's True" has a Jayhawks-like pop sheen to it. But the real highlight here is the midtempo "I See Now", in which Lamb's gift for melody and angelic voice combine for a great rootsy pop tune. An easy top ten of 2011 to date. 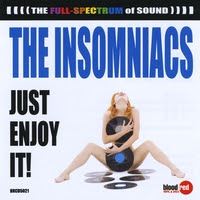 The Insomniacs-Just Enjoy It! Aside from Detroit, the first place that comes to mind for garage rock is New Jersey, and this Elizabethtown band does their state's tradition proud with Just Enjoy It!. From the cover, you can get a pretty good idea where these guys are coming from, with one backbeat anthem after another. So yeah, you've got catchy rocking numbers like "Yeah Yeah Yeah", the title track, and "Good for Nothing". But they show another side on the jangly "For the Last Time" and the dreamy "Hang in the Air", proving they're not one-dimensional garage rockers. A real breath of fresh air. 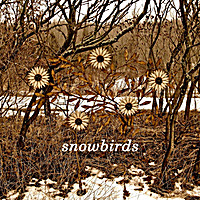 Snowbirds-Snowbirds. This Wisconsin four-piece has released what is possibly my favorite debut of 2011 to date, a highly melodic and heartfelt slice of pop-flavored Americana that fans of The Jayhawks, The Autumn Defense, and last year's find Elvyn will immediately want in their music collection. "Current State" has that Big Star meets The Jayhawks sound that hits the sweet spot, and the pensive "Old Wall" is a beauty. Other standouts include the Ryan Adamsesque "First in Line", the honky-tonk rock of "Shakedown" and the Westerbergian "So Long". All in all, an early line favorite for "Popicana" album of the year. 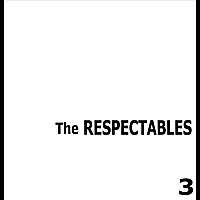 The Respectables-3. This Detroit-area band continues to deliver the power pop goods, following up their impressive first two-full lengths featured on this site with a 3-song mini-EP that's all killer and no filler. The real gem here is the third track "B Side", which simply - as it's put these days - owns. It's a rocking track that's truly what power pop is all about, right down to the line "I stole my hooks from a Beatles book". Check out the video below. The other two tracks ain't too shabby either: "Check Your Mind" rocks with abandon and melody, and "Wore Me Out" is a bluesy treat. But meanwhile I'll keep playing the "B Side".

New releases from two bands that are back with their first new music since they were reviewed on this site's early days in 2006: 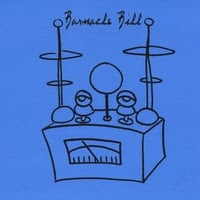 Barnacle Bill-Barnacle Bill. As alluded to above, we first made our acquaintance with this NYC band some five years ago with their excellent debut Towards The Pebbled Shore. In the time that's passed, they show they haven't missed a beat on their self-titled followup. The one-two punch of Yianni Naslas and Stu Klinger alternate tracks again, and fans of Fastball and Fountains of Wayne will want to give this disc a spin. Lots to like here: the "yeah-yeah-yeahs" of "Like You're Supposed To", the midtempo "The Things I've Done", the catchy power pop of "Running Away", and the FoW-esque "nth Street Girl". Let's hope album #3 comes sooner than five years. 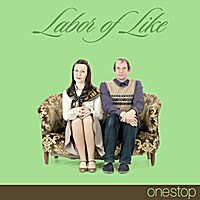 Onestop-Labor of Like. We head down the east coast to catch up with Onestop, whose debut Pop Shop owed a lot to the sound of Barenaked Ladies. This time around, they have more of their own pop sound and "Treats Her So Bad" is a rock-solid opener, touching all the power pop bases. "Right Beside You" is another winner that has more in common with a different Canadian band, Sloan. Other standouts include the manic "On Your Mind", the hook-heavy "Out of Touch", and the shuffling "What Went Wrong". A true leap forward from the debut, and a labor you'll like.

Hans Rotenberry & Brad Jones-Mountain Jack. I really fell down on the job here, as I missed this brilliant collaboration that came out last November. Especially as I've gone on record gushing over what a genius Jones is, and I'm a fan of Rotenberry's group The Shazam. Anyway, better late than never, and this is a rare case where the whole exceeds the sum of the parts when two talents get together. This isn't straight up power pop by any means, but a more rustic, laid-back affair that has an early 70s Small Faces/pastoral Kinks vibe. Lots of standout tracks, from the genial opener "Count on Me", the hands-down-best-track-on-the-disc "A Likely Lad", the sounds-like-a-Band-classic "Ain't Gonna Hunt Anyone" and the Stonesish "Greef" (get it? "grief" spelled like "Keef" Richards). There are a lot of things I'd do if I had a time machine, but one of them would be to go back and put this in the top 10 of my Best of 2010 list.

D.C. Cardwell-Some Hope. Melbourne's D.C. Cardwell is a singer-songwriter that should appeal to fans of Neil Finn and David Grahame, and he has the ability to excel on both the slower, acoustic numbers as well as the up-tempo pop gems. You'll only need to go a few tracks into Some Hope to realize this as the beautiful, gentle opener "I Am Still the Same" and the lovely, spare "Birthday Present" are followed by the catchy power pop of "Peace and Love". Aside from these three, there are plenty of instant classics to go around like the breezy "Way With Words", the harmonica and handclaps of "A Minute of Your Time", and the jangly "Tom is Everybody's Friend". 16 tracks in all here, so it's quality and quantity.

I plan on resuming normal blogging later today, but I didn't want to wait on this one.

After years of absence from the power pop scene, David Myhr (known to most of you as one-half of legendary power poppers The Merrymakers) has released a new single in advance of his forthcoming album Soundshine titled "Got You Where He Wanted", and it's a gem, the kind of track that reminds you why you're a fan of power pop. Here it is:

Got you where he wanted (.mp3) by davidmyhr

Listen to it here, and download it at the link above.
Posted by Steve at 10:15 AM 1 comment: