Unlike full-lengths, which seemed down in overall quality this year, this was the best year for EPs in recent memory and as a result I'm listing a top 15 instead of the usual top 10. 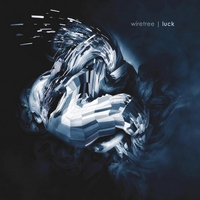 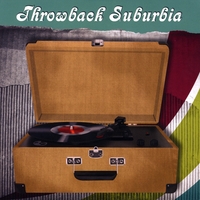 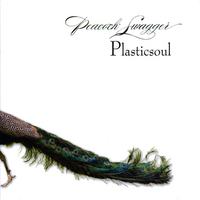 1. Plasticsoul-Peacock Swagger. It seems that at its roots, power pop is a search for the Beatlesque. Not an pure aping of the Beatles per se, but the ability to capture the mix of melody, musicianship and innovation in a more or less traditional rock form that was their hallmark. Lots of artists and albums try for this, but fall short in way or another. But I daresay that Steven Wilson, a/k/a Plasticsoul (fittingly named a McCartney phrase that inspired the titling of Rubber Soul) gets pretty much all the way there. Of course, it doesn't hurt to have a voice that sounds eerily like John Lennon either. And on Peacock Swagger, Wilson manages to capture the right mix of tunefulness, attitude and eclecticism that's found on most Beatles and Lennon albums.
Posted by Steve at 11:14 AM 12 comments:

I will have a top 5 post either later today or tomorrow morning, but for now here's #6-50, in countdown format:

Keeping up with Jason Karaban.

With all of their artists I've reviewed and come to enjoy over the past several years, it's impossible to keep up with them all, especially when they release singles or EPs. Usually I stumble on to these releases by accident, and that's what happened with some new music that came out earlier this year from Jason Karaban.

Karaban released Sobriety Kills at the end of 08/beginning of 09, and he's followed that up with a digital-only EP (Mayfly) and a digital-only single ("Succeed 101"). They're of a piece with his earlier work, so this is less a review than it is a heads-up to anyone like me who likes Karaban but wasn't aware these releases were out. 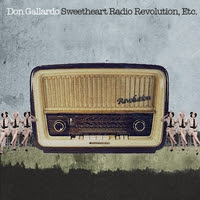 Don Gallardo-Sweetheart Radio Revolution Etc. This East Nashvillian has crafted an engaging and tuneful second full-length (his first came in 2002) that will appeal to fans of Tom Petty, Ryan Adams, Steve Earle and those who enjoyed the Shane Lamb disc reviewed in this space a couple of months back. The fine "Sittin' on Top of the World" opens the disc not unlike the way Petty opened Echo with another track called "Top of the World", "I Give Up" is a beautiful ballad that puts most of the prepackaged stuff known as contemporary country to shame, and "Before the Devil Knows They're Dead" is an excellent rocker with a hint of Paul Westerberg and Ryan Adams. Speaking of Adams, "Shooting Star" brings Whiskeytown to mind, and "Days Long Gone" is another strong rocker. Things close with the captivating "Take Me Home", a gentle tune that fades into an a capella "la la la" singalong. Without a doubt one of the better alt-country/Americana releases I've come across this year. 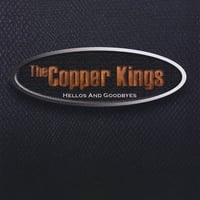 The Copper Kings-Hellos and Goodbyes. This Seattle band has a driving power pop style that sounds more like the Heartland than the Pacific Northwest. Similar to First in Space and Daylight Titans, they grab your ears with the leadoff track "Disarray", a propulsive rocker that doesn't let go. "Am I Too Late" is anthemic in quality, and the midtempo "January 1" is another winner. Other standouts include the jangly/alt-country-ish "Best Laid Plans", the Collective Soul-esque "Turn Away", and the excellent closer "Forever Someone Else", which has a Gin Blossoms quality about it. Wondering where they got their name? According to Wikipedia, the real-life Copper Kings were three wealthy industrialists "known for the epic battles they fought in Butte, Montana and the surrounding region during the Gilded Age over the control of the local copper mining industry". All I can say is give these Copper Kings a shot in the epic battle for control of your iPod.

Hellos and Goodbyes
Posted by Steve at 7:16 PM 2 comments: 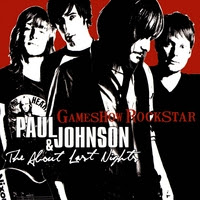 Paul Johnson & The About Last Nights-Gameshow Rockstar. Are you ready to rock? Paul Johnson and his band are, and Gameshow Rockstar is power pop with the emphasis on the "power". Although they hail from Hattiesburg, Mississippi, this isn't "southern rock", it's high-energy power pop that draws from Cheap Trick and the Foo Fighters, among others. The title track could have been written by Dave Grohl, while "Ghost Radio" is classic 70s rock with cowbells and major riffage. Elsewhere "Money on the Mattress" recalls Weezer and Sloan in full-on rock mode, "Break U" shows they've mastered the art of the power ballad, and "Tell Myself" features a great melodic chorus. No reinvention of the wheel here, just 10 rockin' tunes to blast with the car windows open. 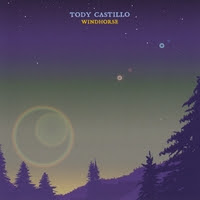 Tody Castillo-Windhorse. Windhorse is the long-awaited followup to Castillo's 2005 self-titled debut, a really special disc. In my review of that disc, I called him "Texas' Ron Sexsmith", and that comparison continues to apply on Windhorse, perhaps even moreso as the more rocking numbers from the debut are largely missing here. Aside from the vocal similarity, they share a singer/songwriter sensibility that glides from pop to folk/rock and back. "The Other Side of Love" is a great example of that sound, and is also reminiscent of fellow Texan Salim Nourallah. "Best Thing Ever" is another standout, vaguely sounding like a slowed-down "Sexy Sadie", and "Sad Decision" recalls the Traveling Wilburys in parts, especially with its Harrisonesque slide guitar. And speaking of the Wilburys, the bright "Spoken Up Sooner" could pass for a Tom Petty tune. While Windhorse may be not be as totally immediate as the debut, Castillo has shown that the talent and songwriting ability demonstrated on that disc was no fluke.

Labels: Paul Johnson and The About Last Nights, Tody Castillo

About three months ago, I touted Good Enough for You, the fine debut from Fate Lions. Now they're offering it up gratis, at their bandcamp site. Click the link below and enjoy!

Fate Lions on Bandcamp
Posted by Steve at 11:17 PM No comments:

It's getting to be that time of the year again as I compile the year-end CD and EP lists. So it's fitting that Absolute Powerpop's #1 EP of 2008, Justin Kline's Six Songs, is now available for free through Noisetrade. And in the more-good-news department, he should have a new EP available any week now, which will also be available free. Get Six Songs here:

Ike Reilly is back. The Illinois singer/songwriter/rocker is a personal favorite, ever since his 2004 masterpiece Sparkle in the Finish made its way to the top of my list that year. Reilly is one of our best poets, coming at things from his hard-drinking, hard-living, Irish-American perspective; he's the musical equivalent of Tommy Gavin.

Reilly isn't a power popper per se, but power pop is part of his palette, along with Americana and classic rock. And Hard Luck Stories is his catchiest disc since Sparkle in the Finish. After the bluesy, funky "Morning Glory", "7 Come 11" finds Reilly in his rocking and storytelling element, and "Girls in the Backroom" tells the story of an Iraq War vet in a Willie Nile-styled rocker.

Elsewhere, "Good Work (If You Can Get It)" is a mesmerizing half-rapped, half-sung number with a singalong chorus; "The Reformed Church of the Assault Rifle Band" is a good-timey Exile-era Stones-type number; and "Sheet Metal Moon" splits the difference between power pop and Springsteen. Reilly also employs a couple of name artists: Shooter Jennings joins him on "The War on the Terror and the Drugs", which sounds like it would be political but is more a drunken singalong about women, and Cracker/Camper van Beethoven's David Lowery duets on "The Ballad of Jack and Haley", a track that does sound like Reilly fronting Cracker. The disc closes with "The Golden Corner", which is kind of like "Jungleland" without the bombast. The Springsteen references are appropriate here, as this disc may be to today's bleak economic times what The River was to the Rust Belt/Sun Belt upheaval of the late 70s/early 80s.

Right now it's only available digitally, with a CD release planned in February. 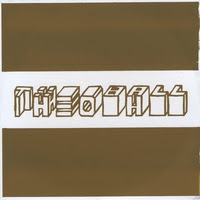 Theoball-Theoball EP. Theoball is a band from Norway, led by Angelo Cannavo and Magnus Torbjørnsen, and their debut EP is a slice of Teenage Fanclub-styled pop that shows quite a bit of promise. "Camel" opens the EP with in fine jangly style, while the jaunty "Evelina" and the retro "Then I'll Run" have a British Invasion feel to it. "So Far (Out of Reach)" is more rock-oriented in a Neil Young way, and "The Great Day You Saved Me" brings them back around to the TF sound. The Year of the EP keeps marching on. A most impressive and melodic debut. 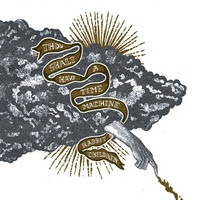 Rabbit Children-Thou Shalt Have a Time Machine. This Chicago band offers up a winning combination of indie pop, . Opener "Escape" will suck you right in with its clever hooks and moody texture, not unlike Wiretree, while the Shins-like "Fingers Crossed" is a melodic treat. Other standouts include the playfully inventive (and jangly) "Keip", the piano chamber pop of "Bill, The Butcher", the Spoon-esque "Who Knows?" and the pretty-sounding Elliott Smith homage titled - what else? - "Pretty".