Paper or Plastic has always been a favorite in these parts, and they've followed up 2006's Best of Luck to Cody James with a new EP, Ron Save The King. And best of all, it's free at their Bandcamp site. Obviously, it's worth the price, but it's also worth the listen. I'm still wondering, though, if in these environmentally sensitive times they'll end up changing their name to Cloth.
Posted by Steve at 7:54 PM No comments: 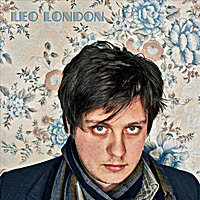 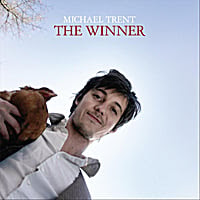 Lala link (good for the next six days)
Posted by Steve at 7:38 PM No comments: 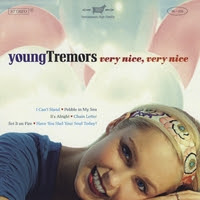 Sure, everything about these guys screams "retro", from their Motown-flavored garage pop/rock right down to the oh-so-60s cover art. But if the songs are great, they can be as retro as they want. And this Boston band delivers the goods on their debut six-song EP. From the Kinksian guitar riffs of "I Can't Stand", the Nuggets-styled rock of "Pebble in My Sea" to the self-explanatory "Have You Had Your Soul Today?", there's a good chance this EP will either find you ending up on the dance floor or with a big goofy grin on your face. Or both. 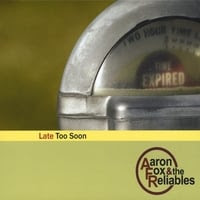 Aaron Fox & The Reliables-Late Too Soon. Back in 2003, Chicago's Aaron Fox released All Broken Up, a nifty pop gem of an EP that might have been #1 that year had I been making such a list and been blogging back then. Seven years later, he's got a backing band (The Reliables) and a full-length out. While it builds on the promise of the EP, it also marks a bit of a shift from pure 60s-influenced pop to more of a heartland power pop sound. This becomes readily apparent on the driving opener "Looking for a Place to Hide", and on "Over Again", he mixes both styles in a jangly yet rocking number. Other standouts include the earnest rocker "Get Down", the warm ballad "Falling Fast" and the Paul Westerbergian "Too Tired to Sleep". Fans of Tom Petty and the Gin Blossoms will want to give this disc a whirl. 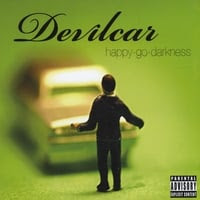 Devilcar-Happy Go Darkness. Vegas' Devilcar answers the musical question "What would the Strokes sound like if they were fronted by Elvis Costello?". High-energy, tuneful and pulsating, Happy Go Darkness has something for rock and power pop fans from the 70s to the 00s. The album begins ironically with "Over" as frontman J Hutchings & Co. belt out an instant classic that combines a haunting guitar riff with a Strokes-like rhythm section. "Baby" is another winner which actually has the lyric "you're havin' my baby" while being about as far from Paul Anka & Odia Coates as one can get. While for the most part it's one toe-tapper after, they do break up the proceedings with a couple of nice twists - the acoustic ballad "Brick in the Sun", and the haunting midtempo "Ah Ha". Old Wave meets New Wave.

CD Baby | MySpace | iTunes
Listen at Lala (through 5/31 and if you have an existing account)
Posted by Steve at 7:11 PM 1 comment: 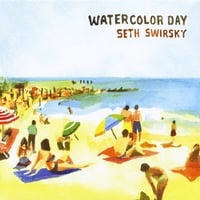 When the creative pop genius who made up one-half of The Red Button (who had my #1 disc of 2007) decides to unleash a solo disc, and when he gets Cloud Eleven's Rick Gallego to produce it, well it's, as Joe Biden would put it, a big f---ing deal. Watercolor Day is Seth Swirsky's second proper solo album, and it's conclusive proof that he hasn't lost his pop touch.

Now for those who heard his Beatlesque solo debut (2004's Instant Pleasure) and loved the fab Red Button disc, you might have expected the Anglophile Swirsky to spell the title Watercolour Day. But instead of setting his pop sights on 60s England, Swirsky has invoked the sounds of California and "sunshine pop" here. Instead of the swinging London sound of "Ooh Girl" we heard on She's About to Cross My Mind, another track from the Red Button album fits the new template a bit more: the Bacarach/Alpert influence heard in "Floating By". The best example of this is "Distracted", a piano-and-horn backed tune with "ba ba ba" vocals and an effortless flow. Swirsky also gets in tune with his inner early 70s solo McCartney, on the title track and "Song for Heather", a couple of acoustic guitar-based gems.

But it's summertime pop that dominates - "Summer in Her Hair" bears Gallego's stamp, and "Sand Dollar" is a buoyant romp. Brian Wilsonesque harmonies dominate "Amen" and "She's Doing Fine", and there are several shorter, interstitial tracks that add to the mood. And "I'm Just Sayin'" serves a kind of a medley/summation of the disc, with several of the earlier tracks on the disc name-dropped. It almost goes without saying that this is a easy top 10 of '10 candidate. And Swirsky promises a new Red Button disc in the fall, so the field might be fighting over just eight spots.