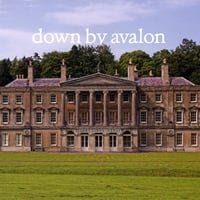 Down by Avalon-Down by Avalon.This Chapel Hill, NC band has given us a quality debut that will appeal to fans of Coronet Blue, The Nines and The Moody Blues. Although he isn't the lone Brit in the band (that would be drummer David Needham), frontman Alan Martin lends the proceedings a distinctly English air. And providing the keyboards is none other than Dan Bryk, an accomplished solo artist in his own right. The midtempo piano number "Losing Ground" is the standout on this disc. Those who enjoyed Pale Hollow will like this disc as well.
CD Baby | MySpace | ReverbNation (full stream) 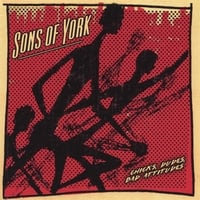 The Sons of York-Chicks, Dudes, Bad Attitudes. The title of this Winnipeg band's debut EP pretty much tells what you're going to get: rocking guitars, sons about girls - in other words, Power Pop with a capital "P". "Who Ya Kiddin", the fantastic leadoff track, out-Weezers Weezer and out Rooneys-Rooney; "Say What You Say" reminds me of the fine Millicent Friendly disc from a couple of years ago, and "If Ya Can't Get a Girl" will have your head a-bobbin'. Rock On!
CD Baby | MySpace 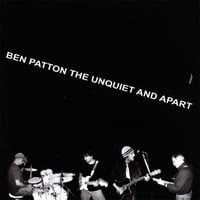 Ben Patton-The Unquiet and Apart. Vermont's Ben Patton has been nothing if not prolific - this is his third solo album, and he also recently put out his second disc as one-half of Muller & Patton. Patton is a straight-ahead power pop singer/songwriter, and he reminds me quite a bit of Saul Zonana and Michael Penn in his less obscure moments. "Nothing to Declare" is the highlight here, a peppy number that will have your toes tapping, and one recurring theme in the disc is his apparent disappointment in today's teenagers as heard in "I'm Afraid of Young People" and "Fairview County Kids". Judging from the photos at his site, Patton doesn't appear to be much more than 30, so it's not a case of an old guy yelling "get off my lawn". Anyway, some good listening to be had here. CD Baby | Official Site
Posted by Steve at 12:46 PM

Labels: Ben Patton, Down by Avalon, The Sons of York