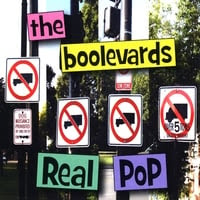 The Boolevards-Real Pop. This Illinois band gives us the first of two retro-rockin' discs featured today. Real Pop is just that, assuming the year is 1965. Two and three-part harmonies, Rickenbacker solos, Merseybeat melodies - it's all here in an expert re-creation of the era. And like many acts of the era, The Boolevards are led by brothers - John & Joe Nowik, along with guitar slinger Hugh Murphy. They serve up a generous 17 tracks here, with the highlights being "It's Great", "It's OK", and "It Stinks" (OK, I made that last one up). "Look to the Sun" and "Hot on the Trail of Love" are standouts as well. If you have a picture of Peter Noone hanging on your wall, run - don't walk - to pick this one up.

Listen to full album at the band's site 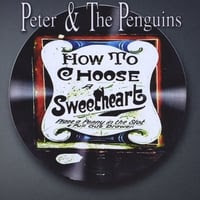 Peter & The Penguins-How to Choose a Sweetheart. Like The Boolevards above, this Norwegian band is oh-so-retro. But they have a bit more of a diverse take, branching out to include some Beach Boy-style sounds as well as well as some surprise sounds at the end. Of course, the Rickenbackers are out in force, so the difference is more of degree. "Sweetheart" is all hooky harmony, while "The Walk" is jangly fun, and Beatle lovers need to hear "There Goes Pete Best". They also throw in a rousing cover of Lavern Baker's "Bumble Bee", and perhaps the album's most interesting track is the midtempo closer "Give Me a Clue", which trades early-mid 60s Merseybeat for the late 60s/early 70s pastoral sound of The Kinks. (Note: the band's self-released "label" is Penguphone Records, a nice little touch.)

Labels: Peter and the Penguins, The Boolevards