Midweek Roundup (Brought to you by the letter B). 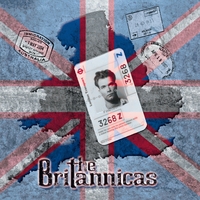 The Britannicas-The Britannicas. The Britannicas are a power pop supergroup of sorts, consisting of Herb Eimerman, Magnus Karlsson and Joe Algeri. All three of them each have a vast body of solo and band work on their CVs, and all share a love of 60-styled pop in the manner of the big three Bs (Beatles, Beach Boys, Byrds). So it's fitting their own band begins with a B and borrows from those three. It's also fitting that the disc leads off with a track titled "Those Good Vibrations", but it owes more to the jangle of the Byrds than to the pop of Brian Wilson. Eimerman's "Baby Say Yeah Yeah" is old school power pop, Algeri's "Friday Night Alright" sounds like a lost Nuggets classic, and "Stars" brings the jangle in a great way. If the idea of 3 power pop vets at the top of their game bringing the 60s back to life is your cup of tea, the Britannicas are for you. And it has the imprimatur of the Kool Kat label, so you know it's quality. 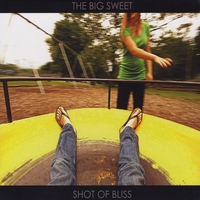 The Big Sweet-Shot of Bliss. The Big Sweet hail from Ohio, and their debut disc Shot of Bliss is an impressive mix of indie rock and power pop, drawing from influences like Big Star, The Replacements, Pavement and Television. Oh, and by the way these guys are only 16. If you didn't know this fact, it'd surprise you after listening to this debut that sounds like a band 8-10 years its senior. There's plenty to like here: the early Wilco rock of "Dress Up Your Mind", the poppy Replacements sound of "So Fine (You're Mine)", the indie rock of the title track, and the acoustic "Good & Down Youth". And they have the good taste to go with "September Gurls" as their lone stab at a cover here. If these guys are the future of power pop, then power pop may be in good hands.

Labels: The Big Sweet, The Britannicas

I have seen these guys and they are the real deal. They have an impressive stage presence, especially for 16 year olds.

Life of the Party is a seriously good song and my favorite from The Big Sweet. Well recorded.

These guys are really talented! All four of them are amazing instrumentalists. Wise beyond their years. Can't wait for their new record to come out.