The problem with doing year-end best-of lists in December is that the music community doesn't stop releasing new material at any point during the year, meaning lists like mine (compiled in mid-December) will miss out on a few strong releases that come out in the latter half of the month. Typically I push these into my lists for the next year, and here are two excellent releases that didn't quite make it under the wire for my 2013 lists. 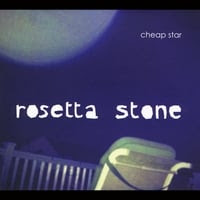 Cheap Star-Rosetta Stone EP. Although their name is a nod to Cheap Trick and Big Star, the French band Cheap Star sounds more like The Posies than either band (although the Posies themselves were heavily involved in the resurrected Big Star before Alex Chilton's death). This isn't a coincidence, as they've toured with The Posies and Ken Stringfellow produced this EP (as well as their 2009 debut Speaking Like an Elephant), and Stringfellow and Jon Auer play on the record. This time around you get six tracks that fit in comfortably on any Posies compilation, from the midtempo rocker "Crushing the Zeros" to the lovely, elegiac "A Song for You". If you like the Posies at all, there isn't much risk here. 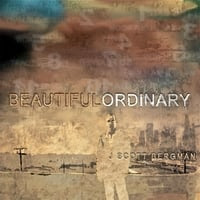 J Scott Bergman-Beautifulordinary. Calfiornia's J Scott Bergman has crafted a wonderful mixture of folk/rock and indie pop on Beautifulordinary that owes much to the singer/songwriters of the 70s. In fact, it reminds me quite a bit of the late 90s/early 00s Pernice Brothers records, especially The World Won't End. "The Exit" opens the proceedings in majestic fashion with an intricate melody and soaring choruses, while the uptempo title track is first-rate guitar pop. Meanwhile, having extensively mentioned The Posies in the review above, I'd be remiss not to point out that "On Earth as a Room" has a Posies vibe, while the rocking "Black Snow" is hands-down the catchiest track on the disc, and the Beatlesque "Old Songs" isn't far behind. I'm a bit disappointed I didn't catch this one before making the 2013 list, because it would easily be top 20 material. Wait until next year (er this year), I guess.


Sell Music online at ReverbNation.com
Posted by Steve at 11:18 AM