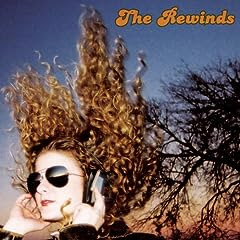 The Rewinds are a band from Birmingham (Alabama, that is, not England), and their self-titled debut, due this Tuesday, is a great collection of Southern-styled power pop. They list REM and The Replacements as influences, but I also hear the dBs as well as Moonlight Towers.

The opener "New Shade of Red" has the DNA of REM and the 'Mats all over it: The opening chords jangle, leading into some Mats-like power chords. And the song itself seems to be inspired by the Mats classic "Left of the Dial", which fittingly was Paul Westerberg's tribute to college radio and REM in particular, no more so than when frontman Glenn Drennen repeats the phrase "on and on", much as Westerberg did in LotD. "Everytime" sounds like a lost dBs track; "Something Else" has a great countermelody; "Ghostriders" is one of the more rocking numbers on the disc, with a chance to be something of a modern rock hit as it has a Strokes-like sound; and then there's my favorite track on the disc, "Killing Me", a wonderful mid-tempo number with sweet harmonies. The band also lists Guided by Voices as an influence, and "Sentimental Flaw" does have that sound, although it lasts a full 3:05, making it about twice the length of the typical GbV track. All in all, it's a very impressive debut from a band with the potential to go places.

For your listening and downloading pleasure, here's a heaping helping of mp3s from their official site:

If you'd prefer to stream, you can hear the first three at their myspace page. The album is getting decent distribution - it's available for pre-order at Amazon for $9.97.
Posted by Steve at 12:58 PM

This IS good stuff. Instantly catchy.