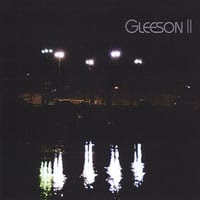 Gleeson-Gleeson II. Gleeson is a band out of Austin, Texas who have been working for the last 3 1/2 years to bring us their magnum opus, a 22-song double-album. And while the old joke is that most double albums would make nifty singles, this is an exception to that rule. Drawing from influences such as Big Star, Guided by Voices and Ray Davies (the first two of whom they cover on this disc with "Blue Moon" and "Smothered in Hugs" respectively), Gleeson reminds me a lot of Sloan in that they're willing to explore various subgenres of power pop. "Pro Tool" is a refreshing blast that recalls Superchunk, while the piano-and-strings-backed "Queen of Boulevards" has a Fountains of Wayne-meets-Queen vibe. Other standouts include the Fastball/Gin Blossoms-like "Out of My Mind", the baroque "Grace Under Pressure" which attempts to out-Jellyfish Jefllyfish, and the ballad "Think About the Song' which for some reason reminded me of The Hudson Brothers. As you can tell by all the artist names I've dropped here, these guys do power pop proud, and I'd call this double-disc one of the revelations of 2013. Take it all in at the Bandcamp stream below: 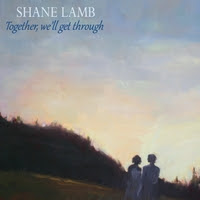 Shane Lamb-Together We'll Get Through. Shane Lamb remains one of my favorite "popicana" artists, and his third album is another easy-to-listen-to collection. Opener "Wasting Our Time" is a rootsy number that would appeal to fans of Jeff Larson or The Jayhawks, "Pull Me In" has Ryan Adams feel to it, and "Crazy Horse's Heart" is the kind of well-crafted folk-pop gem that Lamb has made his signature. Overall, this disc is a bit more laid-back than his previous two releases, having shed the Tom Petty influence (although "Fallen Through" does sound somewhat like Petty's slower numbers), but is still a must if you enjoyed the first two.