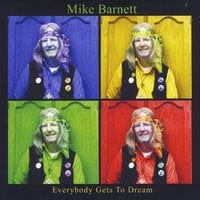 Mike Barnett-Everybody Gets to Dream. Mike Barnett has been entertaining us for the last several years with his brand of George Harrison/Traveling Wilburys-style pop/rock, and on his latest he finds a kindred spirit in producer Salim Nourallah, whose Hit Parade was my favorite album of 2012 and was itself a Beatlesque tour de force. Nourallah applies his sonic flourishes to Barnett's heretofore low-fi sound and the result is Barnett's best album to date. Opener "Who Loves You Blue?" is a nod to Harrison himself, both in the title and with Barnett's use of slide guitar, "I Could Fall" and "Late at Night" benefit from the Nourallah production with some jaunty keyboard use, while the title track is one of Barnett's most contemplative and sublime tracks. There isn't a bad track here, and the lovely piece of chamber pop "To You" closes things out with a smile on your face. Don't miss out on this one. 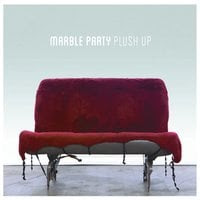 Marble Party-Plush Up. Marble Party is a San Francisco band with a power pop sound that's both modern and retro. The driving lid-lifter "Afterglow" aligns them with the Weezers of the world, "About Her" channels Squeeze and the extraordinary "Song from the Coast" with its tinges of psychedelia recalls The Beatles by way of The Red Button. Never afraid to genre-hop, they turn to country rock to fine results on "Stuck in the Middle", complete with steel guitar, and close things out with the piano-based Jellyfish-esque "Prove Me Wrong". Showing a clever mastery of various power pop styles, Marble Party is one of my favorite finds of 2014 to date.

Thanks for the kind words about Plush Up, Steve! We're honored to be here on this great site. Cheers — Eric (Marble Party)