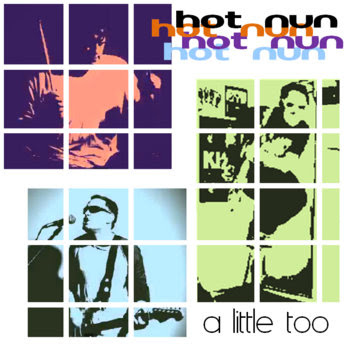 New Hot Nun single! Jeff Shelton and the guys (including the legendary Nash T. Habit) are back with a new single by way of follow-up to last year's rocking good album. This one's called "A Little Too" and can be found on Bandcamp.

Jay Gonzalez-The Bitter Suite. When he's working his main gig playing keyboards for Drive-By Truckers, Jay Gonzalez plays power pop on the side as we saw with 2012's Mess of Happiness. Inspired by Abbey Road, Jay's put together a 13-minute song medley called The Bitter Suite, which he wants to release on vinyl. Hence his Kickstarter project which is about 2/3 of the way to its goal. Support his muse, readers of Absolute Powerpop, and check out the video below: