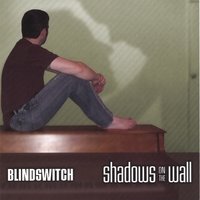 NYC's Blindswitch debuts in fine fashion with Shadows on The Wall, putting the power into "power pop" not unlike contemporary faves such as Waltham, Rooney and Weezer, with a touch of Fountains of Wayne and Jet thrown in as well. Led by singer/songwriter/frontman David Litvinsky, Blindswitch manages to mix things up to good effect. "Little Girl" is the obvious standout - it can probably be best described as Fountains of Weezer. "I Know" is melodic rock at its best; "Kick Me" ventures out of the powerpop genre into straight-ahead hard rock, while "Til Tomorrow" and "World of Dreams" are power ballads that any 80s hair band would kill for.

One-stop shopping on this one: Head over to their site, and stream all of the tracks in their entirety. You can also buy the disc there, or through cd baby with the provided link.
Posted by Steve at 1:04 PM