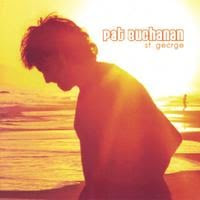 This one's been out since last December, and with its late-in-the-year release, I probably gave it short shrift for my year-end list. So I'll do my best to remedy overlooking it by giving it a plug today. Buchanan isn't a true power popper, but he isn't a completely wimpy soft popper either; he's simply just a great pop craftsman.

St. George is his second solo release (he was once in The Idle Jets), and it kicks off with the gorgeous ballad "Sweet Amnesia", which you won't be forgetting. For me, the highlight of the disc comes in the middle with two great mid-tempo rockers, "Halo" and "We'll Talk". "The Same Tree" is another gem as well.

Get the disc at Not Lame, sample it at CD Baby.
Posted by Steve at 7:36 AM