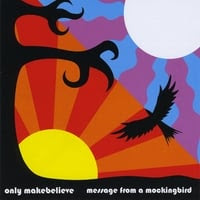 Only Makebelieve-Message from a Mockingbird. This Ohio band's debut album was four years in the making, and it most definitely sounds it - a sprawling, densely-produced soundscape that will immediately appeal to those who prefer the "artier" side of pop and power pop. Bruce Brodeen mentioned XTC, late-period Tears for Fears and Roger Joseph Manning Jr. as touchstones for this disc, and to that I'd add hints of The Foreign Films ("Fly So High", "Rayna's Smile"), Pale Hollow ("Backstab", the most straight-ahead track on the disc and perhaps the best) and Eldorado-era ELO ("Spending My Life"). Definitely a disc that warrants repeated listenings. 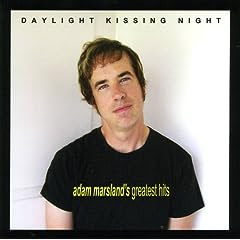 Adam Marsland-Daylight Kissing Night (Greatest Hits). SoCal's Adam Marsland has been burning the power pop flame for over a decade now, and he's earned the right to put out a best-of collection. So if you haven't kept up with the catalog of this idiosyncratic popster, this is your big chance. To commemorate the occasion he's re-recorded several tracks, including the leadoff track "My Kickass Life", quite possibly the quintessential Adam Marsland song in that it perfectly marries his literate, witty and sardonic lyrical gifts with a killer melody. Beyond that - let's just say you can't go wrong with the other 19 tracks either. A kickass compilation.

Amazon (at a bargain $6.49) | MySpace (worth checking for the list of "likes" and "influences" alone) 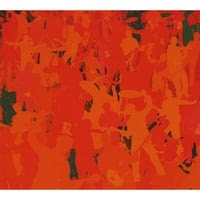 Grenadier-Grenadier. OK, this Illinois band has thrown down the critical gauntlet with this passage on their CD Baby page:

Lord knows you could play "spot the influences" all day with Grenadier, and you'd be right--Elvis Costello? The Sweet? Weezer's 'Blue Album'? wha? But it's a fool's errand (or music critic's bibliography). Yes, Grenadier can't help but acknowledge great music past but somehow they always make more than pastiche or homage.

Way to pre-empt me, guys! Anyway, this isn't a typical power pop disc - it has enough rough edges to qualify as indie rock, and at times it reminds me of Guided by Voices with a longer attention span. (Whoops, there I go again). The Elvis C "influence" is most profoundly felt with "Tolerance", complete with Costello-style vocals.