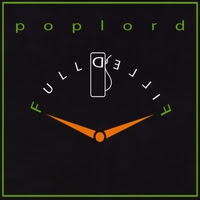 Last year, I overlooked the self-titled debut of this California band, not coming across it until earlier this year. It turned out to be a disc I really liked, kept meaning to write about, and never got around to. Luckily, they've just released a second disc and they can overlooked no longer. Full/Filled is a winning disc of bright power pop that will appeal to fans of Squeeze, XTC, The Beach Boys and Elvis Costello, and it's just as good as their first.

"Change In Time for Monday" is as good an introduction to their sound as any, and its uptempo sound, complete with piano, synths and guitars galore reminds me of fellow Californians Big Kid and The Meadows. "What's Beneath"'s slinky melody brings some 10cc into the mix, and the fine harmonies of "The Gray" call to mind Jeff Larson and America, albeit with a bit more pep. Elsewhere, "Wake Up Tired" channels early Chicago, sans the horns, "Used to Town" throws in all the bells and whistles of a late-Beatles tune, "A Tree Beyond" is classic 70s sunshine pop, and "Where'd He Go" is XTC meets Jellyfish. This is Grade "A" pop, folks, from a band whose tank is far from empty, so be sure to check this one out as well as their (previously) overlooked debut.