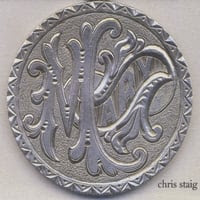 Chris Staig-Mary. Toronto singer-songwriter Chris Staig is back with his fourth solo album, and we were big fans of Davenport, his 2006 release. Staig, who has worked with Broken Social Scene's Jason Collett on his solo discs, offers up another collection of power pop and roots rock on Mary. The proceedings have a loose feel, as "Don't Decline" indicates right away, kind of a mix between The Band and Bill Lloyd. Other standouts include "She Haunts These Rooms", the inspiring "Remember to Breathe", the George Harrison-esque pop of "Our Last Chance" and the Dave Edmunds-inspired "Teardrops" (which reminds me quite a bit of DE's Springsteen-penned minor hit "From Small Things"). My advice: Staig the course! 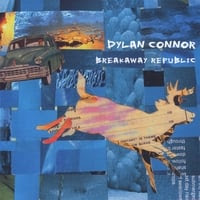 Dylan Connor-Breakaway Republic. Dylan Connor hails from the unlikely musical hotbed of Bridgeport, Connecticut, and he released a fine but criminally overlooked EP in 2007 titled Breakdowns & Hymns. Fortunately for us, he's reprised the best tracks on the EP as part of his fine new full length Breakaway Republic. Connor falls somewhere in between power pop and indie pop, but whatever label you choose to apply, he has a way with a melody. The 80s-inspired "Breakaway & Burn" kicks things off in high gear, and "Stunning Insights" recalls Robert Pollard. Other treats include the Nada Surf-style pop of "Don't Let Me Wash Away" (a highlight from the EP), "I Want Everybody to Know", and the rocking "Pave Me". 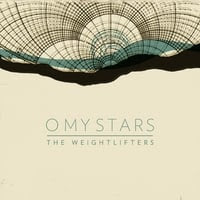 The Weightlifters-O My Stars EP. Adam McLaughlin & Co. are back at it, following up 2007's excellent Last of the Sunday Drivers EP with another extended play, O My Stars. Had you put these two EPs together, you'd have a year-end top 10 contender. O My Stars is of a piece with the first EP, so if your tastes run in the Pernice Brothers/Elliott Smith/Teenage Fanclub area, you'll want this one. Top tracks: "Perfect", "Belle of the Wrecking Ball" and "Battlesong".