Here are some short takes on a few discs I've been meaning to blog about: 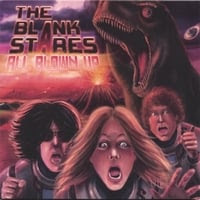 The Blank Stares-All Blown Up. I've been enjoying this San Francisco band's release for about a month or so; it's a great mix of glam rock and power pop, and you get a cheesy horror/sci-fi album cover in the deal as well. Highlights: The T-Rex-like "Song That Brought The World to Ruin", the early Teenage Fanclub-like "Here She Comes"; and "Turn Up The Sound (Pop Disaster)", which is anything but a pop disaster.
CD Baby | MySpace 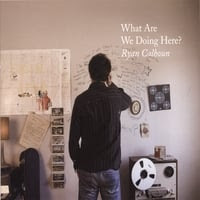 Ryan Calhoun-What Are We Doing Here? Ryan Calhoun may seem to be staking out territory in the sincere singer-songwriter genre, a la David Gray, John Mayer, etc., but the quality of the songs makes him more than an also-ran here. As he says, "I’m not trying to reinvent the wheel or be the next cool indie artist. I just want to write great songs." Mission Accomplished. (Personal favorite: "On and On", one of 3 myspace tracks available for download.)
CD Baby | MySpace 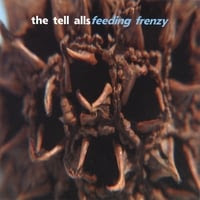 The Tell Alls-Feeding Frenzy. This one rawks. Bruce at Not Lame says this reminds him of "classic Tommy Keene guitar runs and vocal lines, The Replacements` pop sides, Matthew Sweet(lots)" etc. I'd say the Keene comparison is most spot-on here. Highlights include "Start a Commotion", "Ashley's Song" (downloadable at myspace), and "Through a Veil". Really good stuff.
CD Baby | MySpace | eMusic
Posted by Steve at 9:31 AM

Tell All's record is great. Its great seeing Ken Buono - the mastermind of the Tell Alls - step out from behind his Drum Kit (Trolleyvox, Flight of Mavis) and sing and play guitar. Another great production by Adam Lasus (Clap Your Hands Say Yeah, Helium, Trolleyvox, Yo La Tengo).