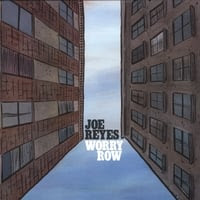 Joe Reyes-Worry Row. A few weeks ago, I tweeted about this disc as kind of an aside, but in the time since it's really grown on me. Joe Reyes is a music pro, having won a Grammy in 2002 for co-producing a Freddy Fender album and logging lots of studio time in the Texas pop scene playing with the likes of Buttercup and Salim Nourallah. Worry Row, his latest release, is a meticulously crafted, sophisticated pop platter that fans of Michael Penn and Jon Brion will love. The Beatlesque gait and Brion-like production of the title track will draw you in, "Don't Kid Yourself" channels Jim Boggia, and the melancholy "This Wicked Life" will have you mistaking Reyes for his buddy Nourallah. The swirling pop of "Became, Becoming, Became" also recalls Brion and "Unlikely" falls into Cliff Hillis territory. All of this name-dropping is here for a reason - to highlight the pop mastery Reyes displays here on a disc that's become one of my 2010 favorites. 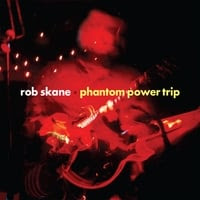 Rob Skane-Phantom Power Trip. We move from the studio wizardry of Joe Reyes to a more raw, rocking artist in Albany's Rob Skane. Drawing on inspirations like Nick Lowe, Graham Parker and Marshall Crenshaw, Skane's Phantom Power Trip will keep your hips shaking and your toes tapping while you rock and roll. "I Waited" is both a thematic and sonic cousin to Terry Anderson's "All Dressed Up" with The Yayhoos, "You Preach Peace" is primo roots rock, and "Girl Next Door" comes on like Dave Edmunds in Rockpile. And "The Idiot Show" would make Rockpile's other half, Lowe, proud. Get your roots on with this one.

Getting Better said...
This comment has been removed by the author.
8:23 PM

Thanks for the great review!

Both of these albums are on the Zune Marketplace too! Just picked them up. Thanks.

Is sacflies a shiller for Zune ?