Brought to you by the Letter "W". 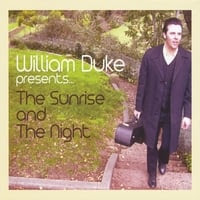 William Duke-The Sunrise and The Night. San Franciscan William Duke first caught our attention in 2005 with his out-of-left-field The Ghost That Would Not Be, which showed he had the musical imagination and pop leanings to craft something other than cookie-cutter pop. Five years on (during which he's been a part of AbPow favorites The Bye Bye Blackbirds), he's back on the Kool Kat label with a more polished yet just-as-sophisticated release, The Sunrise and the Night. The prevailing sound here is dreamy California pop with a bit of a dark side, similar to Cloud Eleven and Pernice Brothers. The lovely "It's Only the Beginning" starts off the disc in fine fashion, "Keep Me in Your Thoughts" is another sunny 70s Cal-pop tune and "The Canyon" treads into Bread-meets-The-Autumn-Defense territory. Elsewhere, "A Moment in the Sun" jangles nicely a la Jeff Larson, and "You're Young and You'll Forget" sounds like McCartney in acoustic mode transplanted to California. The disc also features some fine instrumentals if that's your bag, and if you act now, Kool Kat is offering a 20-track bonus disc that features alternate takes and versions of the disc proper. 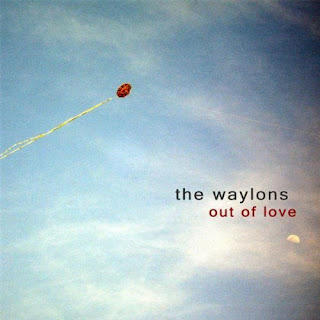 The Waylons-Out of Love. I missed this EP from late last year, but better late than never as they say. With a name like The Waylons, you know there has to be at least an alt-country or Americana component to their sound (you didn't think they were named after Waylon Smithers?), and that's true for this band straight outta Brooklyn. But that manage to hit that sweet spot of tunefulness with their incorporation of pop and indie rock to their sound as well, bringing to mind the aforementioned Pernice Brothers. Heck, even one track is titled "Endless Supplies", an apparent nod to "Endless Supply" from the Pernices' The World Won't End. "Lying in the Sun" is an interesting midtempo opener that's part The Wrens and part Gary Louris-led Jayhawks. "Disappear Me" hints at an Old 97s sound, the upbeat and catchy rocker "Spotlight" is another standout, and the melancholy "Rachel" is almost twee indie pop. A definite must for fans of these genres.