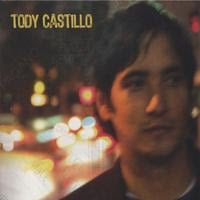 If I had picked up Tody Castillo's debut album before January of this year, there's a good chance it would have made my Top 20 of 2005 list. This album came to light in the power pop scene after an Audities member made it his #1 album of 2005 in the year-end polls, and retailers like Not Lame and Kool Kat took notice.

An interesting note about this disc is that Castillo likes to name his tracks after more famous ones; there are songs called "Independence Day" and "Backstreets" (Springsteen), "God Only Knows" (Beach Boys), and "This Is Love" and "Brainwashed" (George Harrison) on the album. There are some elements of all of these artists here, but it's mostly a mix of power pop and singer/songwriter pop. Another interesting facet of this disc is that Castillo alternates between slower numbers (the odd-numbered tracks) and rockers (the evens) throughout the entire 14 tracks.

Comparisons for Castillo to Jeff Tweedy, Ryan Adams and Tom Petty have abounded, but to me he sounds more like a Texas version of Ron Sexsmith. My favorites are the rockers: "I'm Gonna Change", "Brainwashed" and "Politics" are as good as any pure power pop you're going to hear, and among the slower numbers, "Not That Kind of Girl" is a delight, almost sounding like a lost Elliott Smith track. Castillo is definitely a major talent, and this disc definitely won't disappoint.

Sample full-length tracks at his site and his myspace page. Samples of all the tracks are available at his cdbaby page, although the album isn't (currently out of stock), so you'll have to get it at Not Lame or Kool Kat.

UPDATE: I just noticed that "I'm Gonna Change" is on the latest Not Lame Podcast. Some other good stuff on there, including a track from the oustanding new Chris Brown release.
Posted by Steve at 8:44 AM

Chris Brown is amazing and I am surprised you did not add him to your Top 10 of 2006 list, let alone make it a CD of the Day!

I sampled the entire CD off of CDBaby.com and not a single bad track. This guy is the reincarnation of Lindsey Buckingham mixed with Elliot Smith!

I was actually planning on featuring his disc soon; I wanted to concentrate on some lesser-known, overlooked discs first. As for the top 10 of 06, he probably should have been on there (I forgot about his disc when I made the list); when I update the list around April 1 he may very well be on there.

Tody is the best! im surprised they are not playing his records on the radio by now...he is super awsome!