First of all, if you're wondering what happened to #5, it was posted out of order last week. 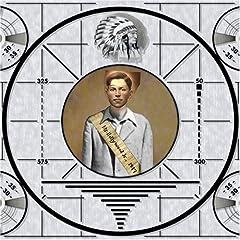 Being a Michael Penn fan is almost like being one of the cowboys in Brokeback Mountain; every 3, 4 or 5 years you reunite for a burst of intense passion, and then you have to go on with others in the interim. Fortunately, his albums are generally worth the wait, and Mr. Hollywood Jr., 1947 is no exception. A concept album of sorts about post-WWII LA, the album starts off with what has to be one of the top five songs he's ever recorded, the brilliant "Walter Reed". Named after the recently closed military hospital that famously cared for wounded vets immediately upon their arrival back in the US, the song works on so many levels - as a breakup song, as an allegory, and as a history lesson. Other standouts include "Denton Road" (sung from the perspective of a recently deceased watching his own funeral), "A Bad Sign" (written as a political protest but so subtle that you'd miss it if you weren't playing close attention), and "On Automatic", the most catchy, power poppy number on the album that was my favorite song to listen to while driving last summer (and it was easy to do since XM's Hear Music seemed to have it on every day for a stretch).

All of the tracks can be sampled at the amazon page for the album, and "Walter Reed" and two other songs from the album can be streamed at his myspace page. In fact, you can download "Walter Reed" at the myspace page as well. I'll also note that "Walter Reed" had an amazing video shot for it, which I'll briefly make available here. (Warning: 50MB QuickTime download)

I'm also a big fan of MHJ 1947 (and Mr. Penn) -- I listened to this CD innumerable times since its release and have yet to tire of it.